When a group of coal miners begin evening classes with a Master of Painting from King’s College Newcastle, they want to learn about art: what’s good, what’s bad and what it all means. What started out as an unassuming evening class in Art Appreciation in the 1930s becomes one of the great stories of the century, as The Ashington Group’s paintings take the British art world by storm. Based on this true story, The Pitmen Painters is an inspiring, funny, feelgood play about ordinary people doing extraordinary things, and the magic that can be found in everyday life. 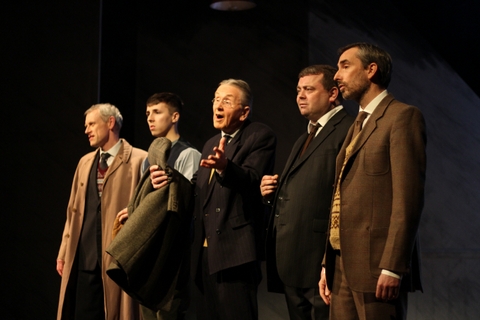 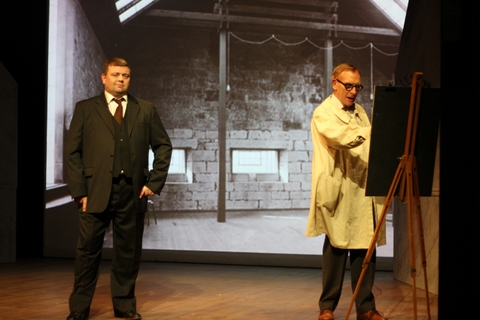 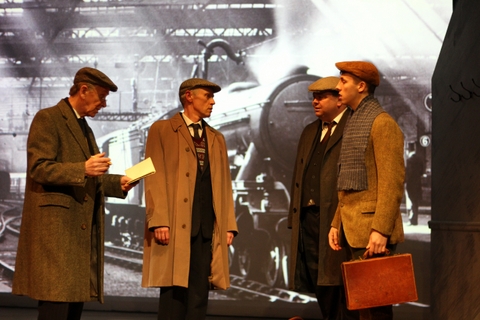 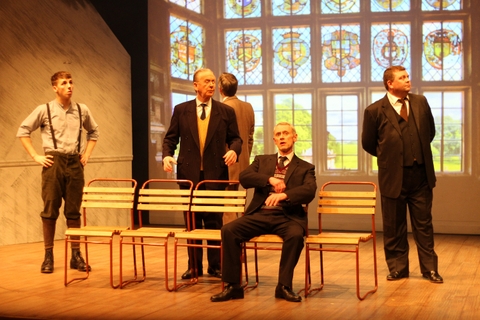 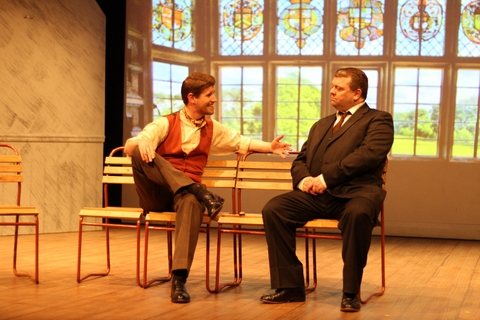 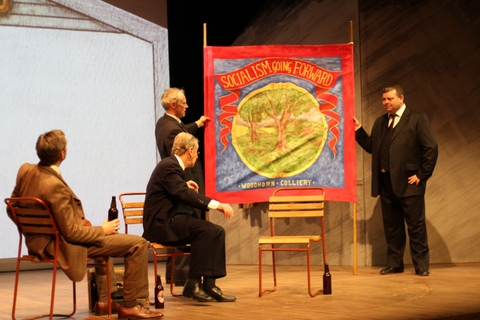 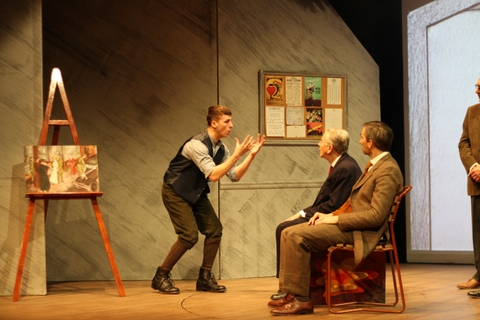 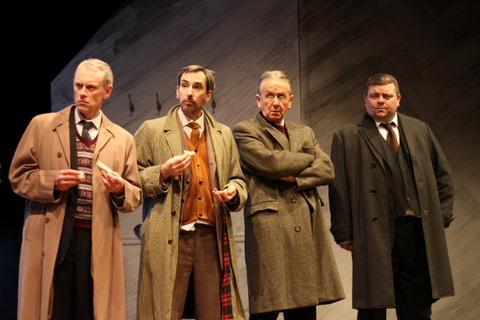 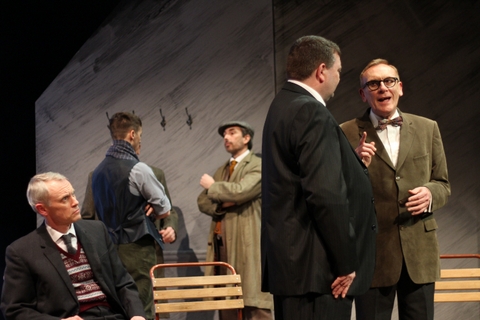 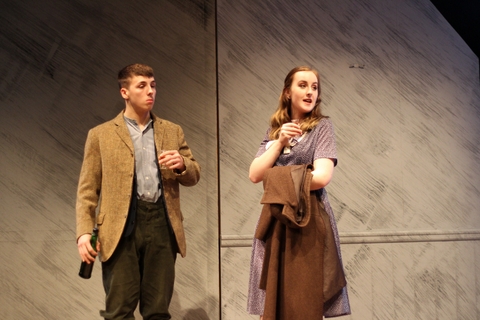 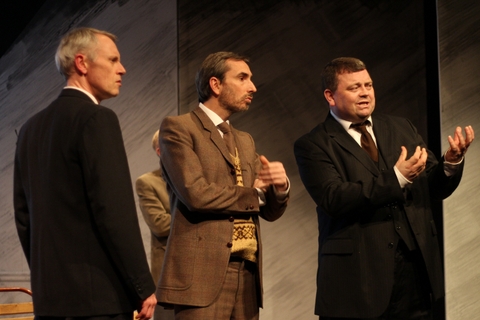 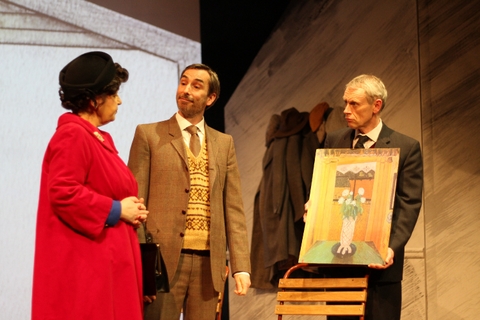 To begin, there are three exceptional things about this production. The superb visual effects, the accuracy and consistency of the Geordie accents delivered by those playing the miners and, to her great credit, the performance by Director Julie Cumbo who, due to cast illness, stepped in to the role of Helen Sutherland. With no notice.

It is 1934 and the story revolves around a group of miners from the North East who, following a long day’s work down the pit, scrubbed up and attended an educational class organised by the Workers’ Educational Association, formed to extend the ‘schooling’ of the many who left the class room aged 11. We meet the miners who have come to an Art Appreciation class but who, their tutor soon discovers, do not know a Titian or a Michelangelo and haven’t a clue who Henry Moore is. Giving up on his usual format he suggests instead of looking at art, they have a go at painting their own and the play chronicles how they evolved to become the celebrated Ashington Group of painters whose bold, earthy paintings brought their daily life both down the pit and above ground, to life.

Revolving around art works right from the start, the back projection of the many paintings discussed are revealed behind the cast who ‘see’ them on the fourth wall. Visuals Editor Steve Bishop achieves accurate presentation of the right picture at the right time, like the pictures in the first exhibition the miners attend, which move continuously from stage right to stage left, and the immediate view of the miners’ own small efforts, placed on an easel, which are shown magnified on the back drop, allowing us in the audience to see what is being discussed/criticised.

The Geordie accent is notorious in its trickiness to recreate, yet with just one northerner to show the way, the rest of the miners achieved this aim, sometimes so well that it took a while to tune in to the language.

Chester Stern’s George Brown is in charge of the evening, an official slightly over impressed with his own role as supervisor, collector of the tanners which each must pay and always playing by the rule book. The many comedy lines are almost all given to Jimmy Floyd with Richard Haslam making much of them in the role. His explanation of his painting of flowers causing much mirth. Out of all the painters it is Oliver Kilbourn who reveals considerable artistic skill with Marc Thompson creating a character to whom the playwright Lee Hall gives a great ability to see and understand. The non-miner of the group is Harry Wilson, a dental mechanic with forthright opinions firmly delivered by Michael Cooke and Ben Ekrem is the young lad, hoping for work down the pit, who has somehow sneaked in to the class.

In full artistic flow, Peter Damesick is Robert Lyon, the tutor entrusted to explain the artistic masters to the class. There is more comedy here, some involving the need to find an electric socket to plug in his light ‘projector’ which was eventually found next door - but who would pay for the electricity?

Danniel Horton added more artistic knowledge as Ben Nicholson and Julie Cumbo stepped in as the wealthy Helen Sutherland who tries to persuade Oliver Kilbourn to give up mining, with her funding his salary, and just paint every day. Jessica Weetman completes the cast as the young life model brought in, much to the miners’ horror, leading to more comedy reveals.

In bringing to life the true story, Director Julie Cumbo was not fazed by the complex demands of the play and was well served by a diligent and expert cast who delivered the poverty and harshness of the times with a combination of comedy and earnestness.