"Oh, but he was a squeezing, wrenching, scraping, grasping kind of a Scrooge; a clutching, covetous old sinner..." Using only Charles Dickens' extraordinary words and a chameleon ensemble of eight actors, Neil Bartlett's A Christmas Carol is a bold theatrical reimagining of a classic Christmas story. This stage version was adapted for the festive season of 2002-3, and played to full houses and critical acclaim at both the Lyric Hammersmith, London, and the Citizens' Theatre, Glasgow. 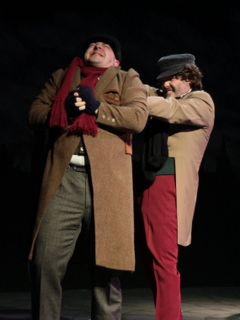 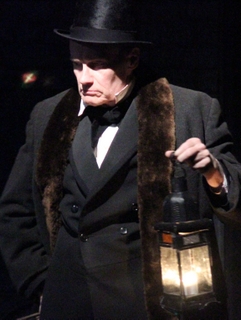 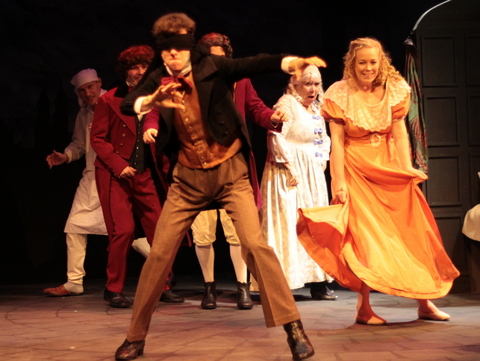 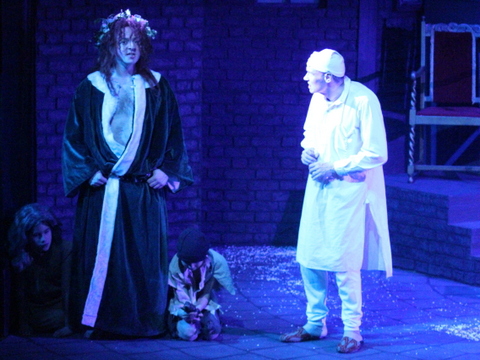 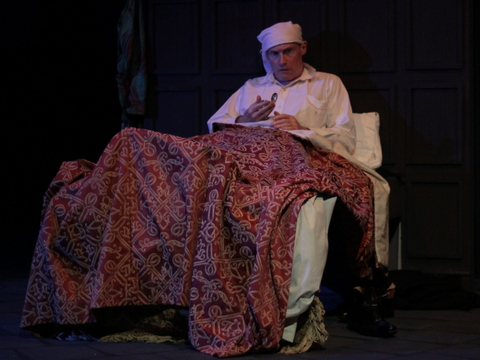 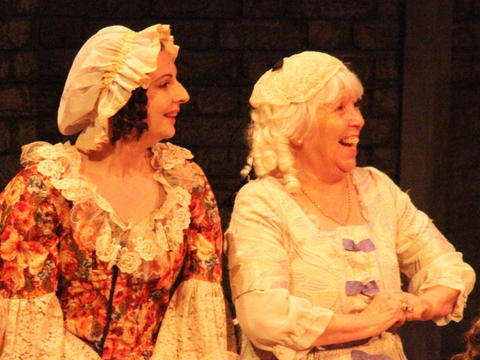 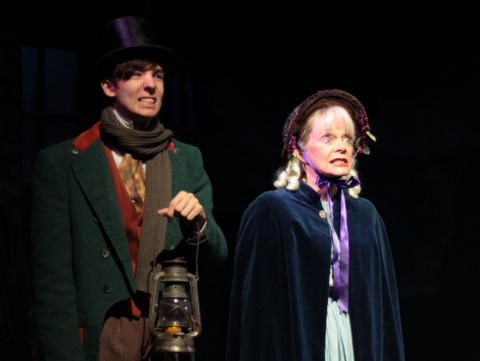 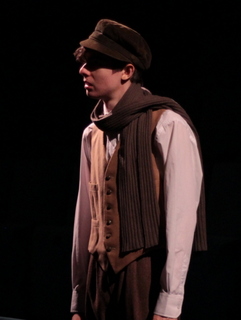 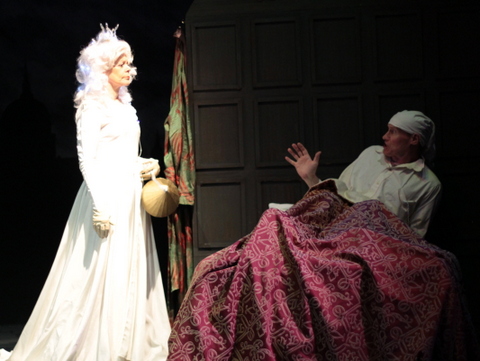 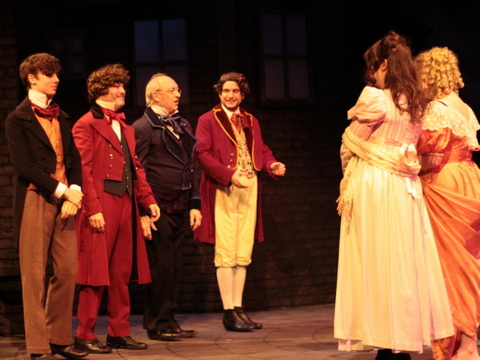 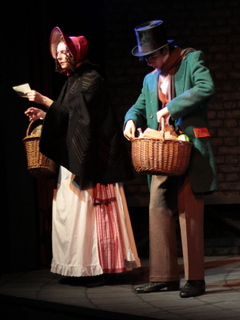 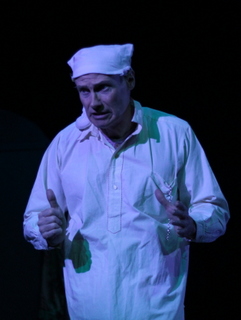 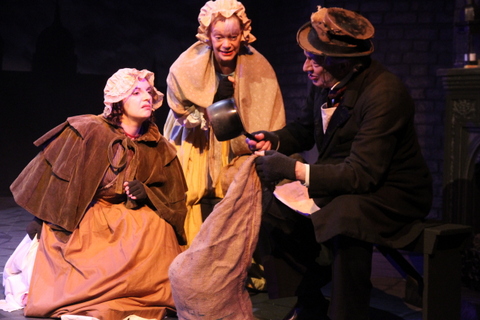 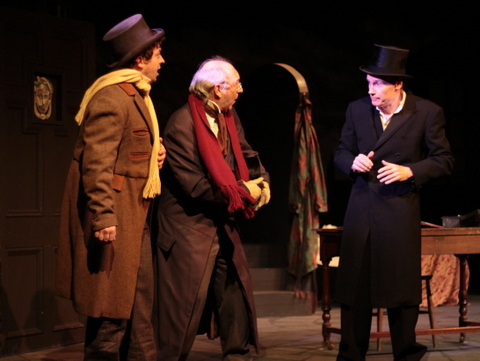 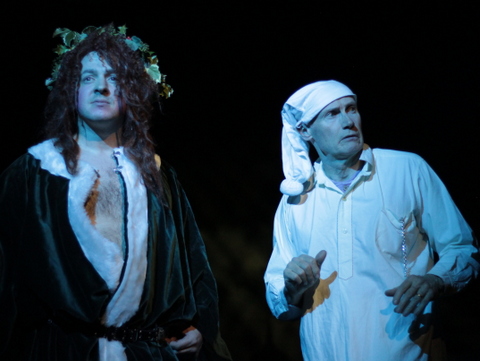 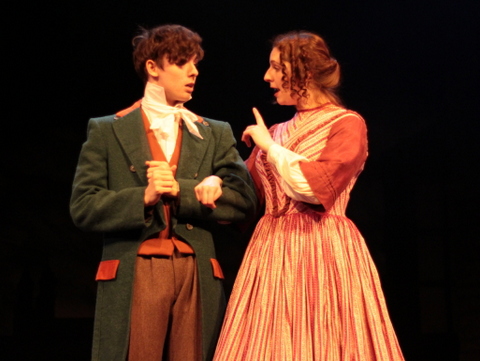 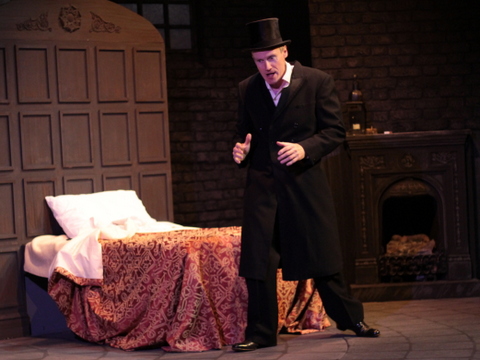 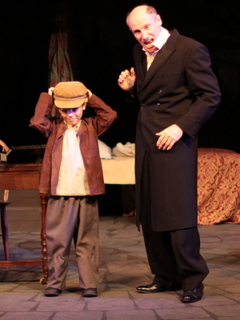 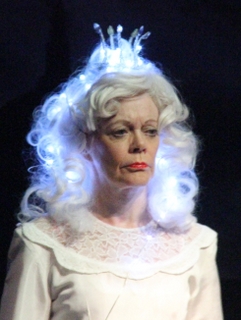 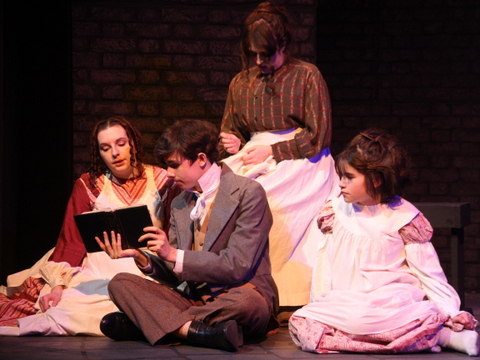 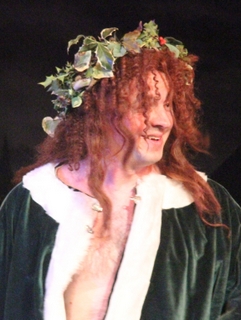 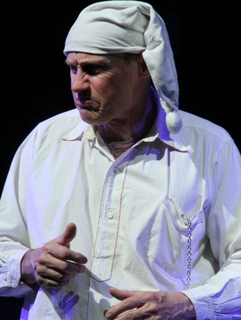 For me, the two productions of this oh so loved story encompass the Alistair Sim 1950s film which, as an under 10, left a me with clear recall of a sombre tale turned to elation, and the joyous re-working of the story by playwright Jack Thorne which is presented in the ‘round’ for the second year running at The Old Vic.

Whichever telling, many of us know the story and its important points in the turning of Ebenezer Scrooge from miserable miser to the merriest of men.

Keeping all these points within his adaptation, playwright Neil Bartlett created a stage version ideal for amateurs and one that could consist of a truly large cast or allow for doubling or trebling up with its relevant demands on the cast.

Director Anne Gregory chose to utilise her talented cast with the latter, thus requiring them to achieve some truly speedy costume changes and some very different characterisations, as well as diverse accents - from upper class, through middle and finally cockney.

Designing a single set and with use of their enviable revolve, Gail Bishop, assisted by Keith Orton created the sombre background and lit windows surrounding Scrooge’s workplace and meagre dwelling, but also ably suited the variety of places he visits when under the control of the ghosts. Add to this the highly impressive, ever changing lighting design by Martin Swain and Ian Grayson’s many and evocative sound cues, and it is clear that the production team provided some starring roles. Add to these there was the care and attention to detail delivered by Nigel Kemp and Berry Butler, whose costuming of the show was faultless.

Russell Gregory’s Scrooge conveyed the character’s mean-spiritedness, his security in his miserly world and his inability to empathise with anyone round him. Able to add in comedy as witnessed in the searching of his room, the slow transformation to a happier being was well achieved. All his ghosts served him well. Jay Rolfe was imposing as the Ghost of Christmas Present in his splendid green velvet gown and, in contrast, covered in sombre black, wordless but with long pointed fingers as the Ghost of Christmas Yet To Come. Allison Blair brought a light touch (literally, thanks to the twinkling lights representing a candle flame in her hair) as the Ghost of Christmas Past. Her visitation showed Scrooge at first as a happy boy but one who was soon transformed by love of money over love of people. Tony Richardson’s Jacob Marley contrasted his be-chained and ethereal appearance with an eerie voice but once strong enough to deliver his warnings to Scrooge.

The initial setting of the scene and the vital time lapses were ingeniously rendered vocally with Harriet Jackson and Gail Bishop providing the Westminster Chimes and the bongs from the sides of the stage. Both were soon re-incarnated, Gail Bishop as Mrs Fezziwig and Harriet Jackson as her daughter Belle - initially affianced to young Scrooge. Both Gail and Harriet added to their many roles with Gail as Belinda Cratchit and Fred’s wife and Harriet as a loving and concerned Mrs Cratchit.

To Robin Clark fell the opposing roles of the impoverished Bob Cratchit and the merrymaking Mr Fezziwig. As Bob, his tolerance of his employer showed the importance of being employed in those hard times, at however low a wage, contrasting with his interaction with his family - so warm and tender.

Laurence Read as Scrooge’s nephew Fred brought a lively jollity to the play and to him as ‘boy’ fell the honour of informing Scrooge it was Christmas Day and, at his behest, visiting the butchers to buy the largest turkey for the Cratchit family.

Smaller roles were all covered by members of the cast and included Stage Manager Rob Ryland stepping briefly on stage as Dick Wilkins. Four children shared roles, with Amy and Catherine Lam performing the night I attended, and it was Catherine, as Tiny Tim, who delivered one of Charles Dickens’ most memorable lines “God Bless Us, Every One!”

A packed house appreciated the considerable hard work, acting and directing skills which had produced such a delightful show and all were sent homeward with seasonal greetings ringing in their ears.