Oscar Wilde’s short story has been amusingly brought to the stage in Constance Cox’s witty adaptation. Fashionable young man-about-town, Lord Arthur Savile, has not a care in the world except for the planning of his wedding to the lovely Sybil Merton. And then the fortune-telling Mr Podgers disrupts his life by informing him that he is destined to murder someone. Can he really marry Sybil before he commits this crime? Can a victim be found before the wedding day? Who can he possibly ‘do in’? Can he get away with it? 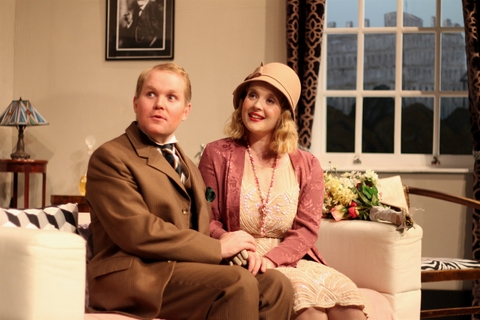 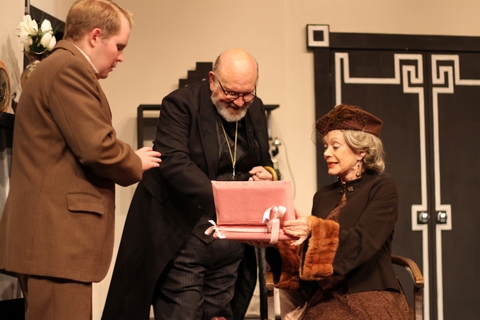 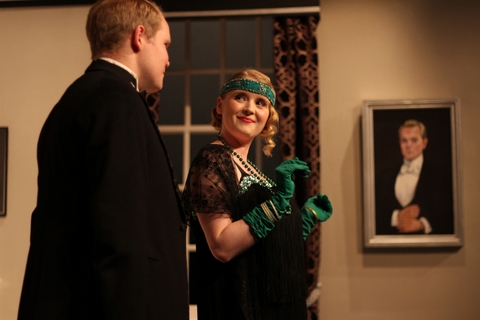 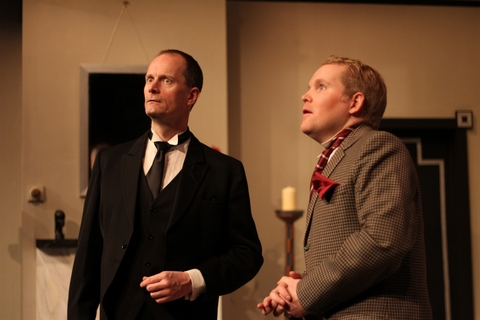 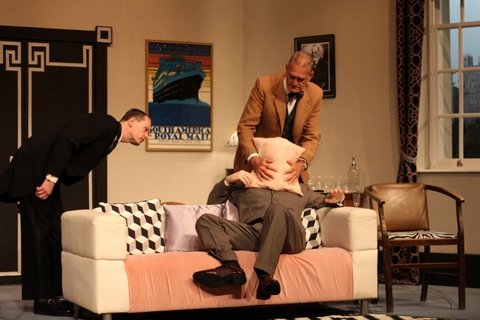 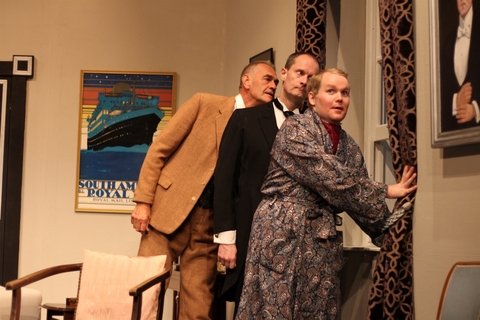 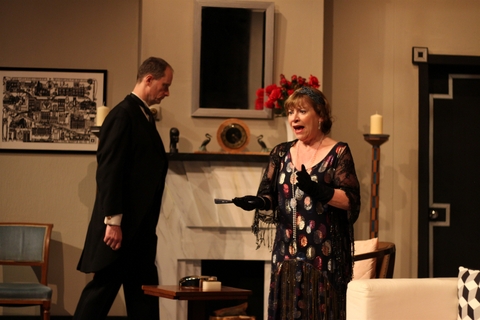 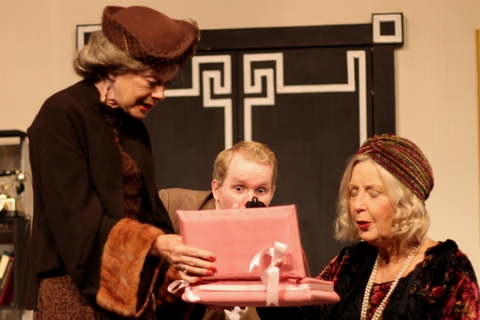 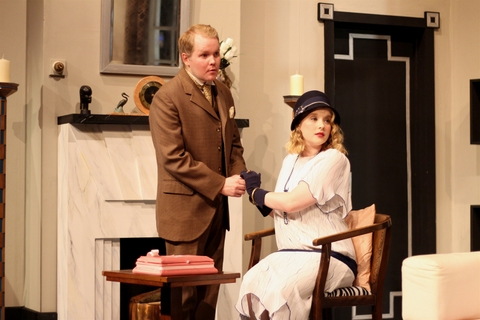 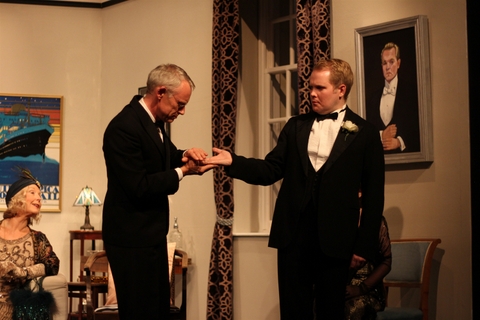 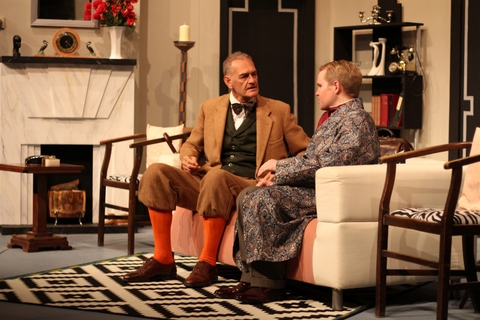 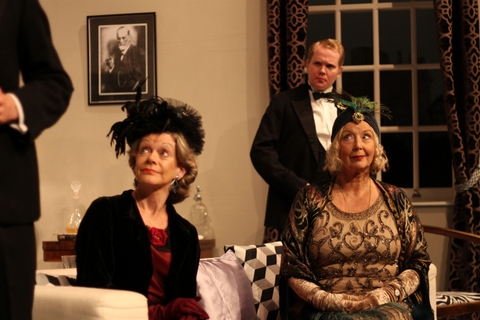 The new season kicked off with an absolutely cracking set for this Constance Cox comedy. The decision to bring the action into the 1920’s, based loosely on the perceived age of Lady Windermere (of Fan notoriety) gave set designer Mike Bell the opportunity to go to town - the art deco effects were impressive and echoed through the set dressing too - deserved applause was forthcoming. Costumes also underlined the period from Hannah Millsted-Bowdery with input from Nigel Kemp. There were glamorous gowns, effective headwear and lots of long fringed shawls. Lord Arthur’s dinner jacket, however, was just a little long in the sleeve for him - picky I know.

Aficionados of the works of Oscar Wilde would have appreciated the playwright’s many references to his plays. Starting exactly as ‘Earnest’ does, with the hero playing the piano off stage, followed by an opportunity for his butler to pass one of many wonderful bon mots. The tale revealed as to just how Lord Arthur would commit a murder prior to his wedding, as foretold by the believed charlatan palm-reader (cheiromantist).

All the ‘toff’ class kept up their clipped vowels throughout with amusing exchanges between Jamie Heath as a believable Lord Arthur and David Sanders on excellent form as his obsequious, but oh so knowledgeable butler, Baines.

Drawing an unavoidable parallel with Lady Bracknell, Lady Julia Merton rules her daughter Sybil with a rod of iron. Morven Rae’s indisputable hauteur and command could not be gainsaid as Lady Merton whilst Jenny Allum’s Sybil wheedled and rejoiced when her fiancé, Lord Arthur, agreed to have his past revealed and future foretold by the clever fraudulent Mr Podgers. Introduced as the cult figure of society’s gatherings, Michael Cooke’s Podgers smarmed, made a calm reading followed by a facial concern sufficient to alert Lord Arthur. Podgers was turned from charmer to blackmailer with much skill.

As always with a Wilde story, there are aunts. Here Allison Blair brought off the dotty, affectionate, ageing Lady Beauchamp, forever topping up her bank account at Lord Arthur’s expense and therefore the perfect candidate for possible murder, the planning of which, by Lord Arthur and Baines, brought more comedy. The attempt failed and rebounded on Arthur himself thus requiring more planning for the explosive demise of Arthur’s uncle, the Dean of Paddington, delightfully played by Keith Orton in a most amiable and forgetful style. Janet Edden brought out Lady Windermere’s affection and concern for her nephew but refused to succumb to a tumble down the stairs whilst Herr Winkelkopf, deemed an anarchist, tried hard to help with the various death schemes - George Duda keeping up his foreign accent and making his mark with his zany schemes.

Although Nellie the maid had something of a cameo role, Pamela Cuthill was politely but undeniably suggestive towards the upright Baines who, it was finally revealed, succumbed and proposed.

If I say that this is, really, a very silly play, I do not mean it in a derogatory sense, as it was great fun and very well performed, but its premise is silly - although the ending is a happy one.

Director David Foster was blessed with a first rate cast and set designer, moved his characters around very naturally and brought much laughter to an appreciative audience.