It is 1936. The Widdington sisters, Janet and Ursula, have lived in their Cornish seaside cottage all their lives – spinsters who enjoy music, listening to the radio and knitting. And then, into their serene and undemanding lives comes a stranger in the form of an unknown young man washed ashore from a shipwreck. The ladies revive him, take him into their home, nurse him and eventually restore him to good health. In time, they discover that the young man is Polish and is a virtuoso violinist. It becomes clear that his future lies in the concert halls of the world. But when he leaves to fulfil his destiny, he leaves behind at least one broken heart. 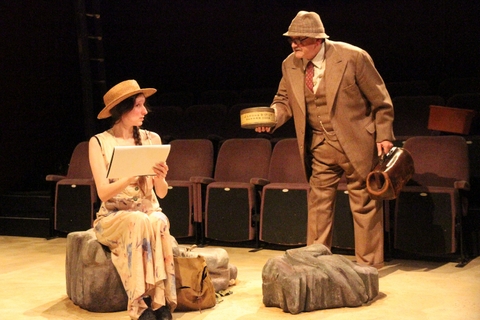 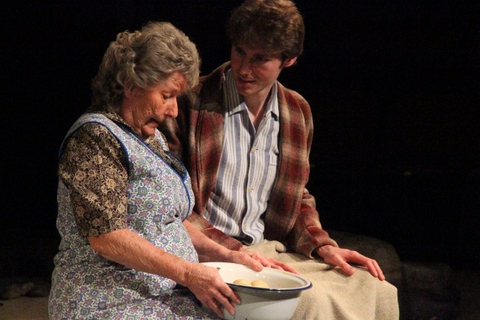 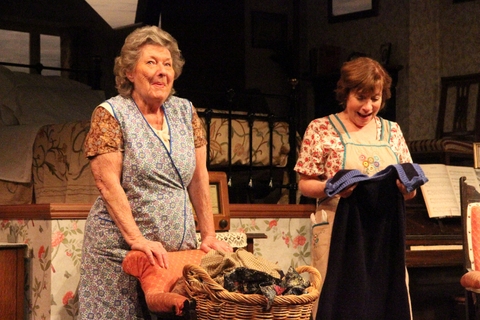 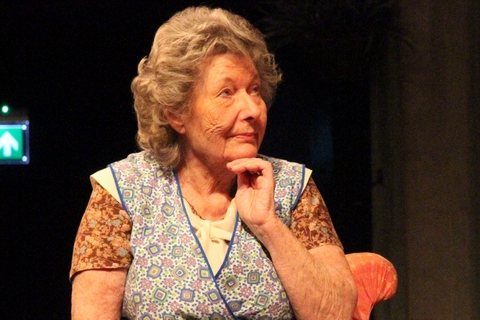 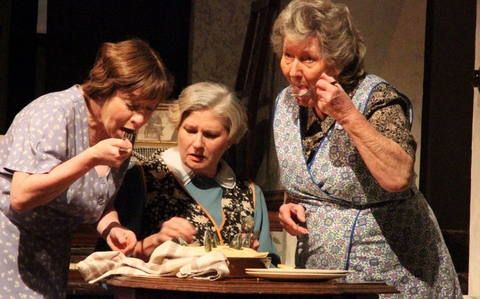 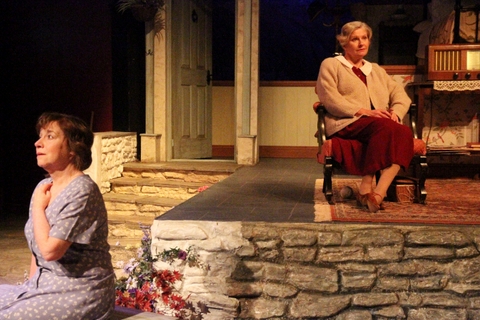 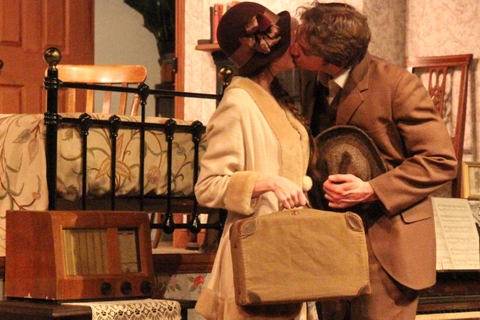 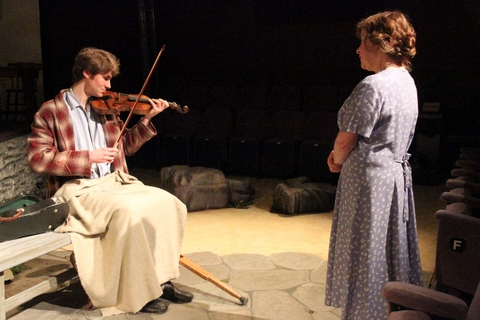 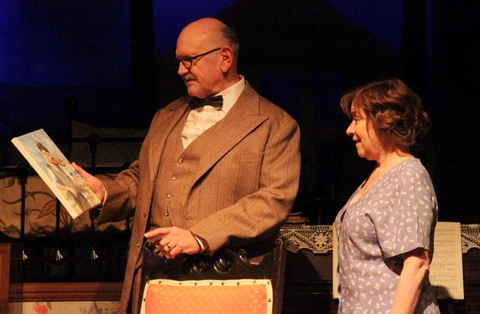 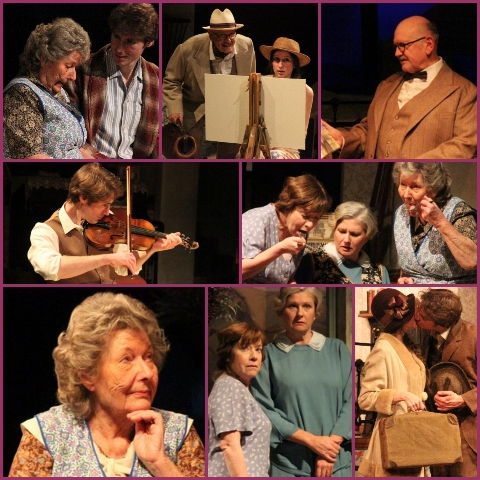 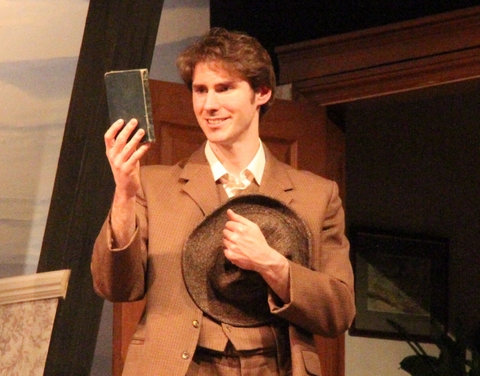 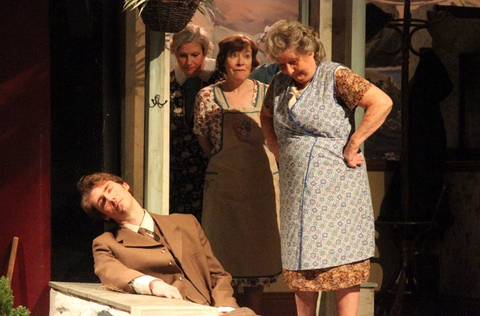 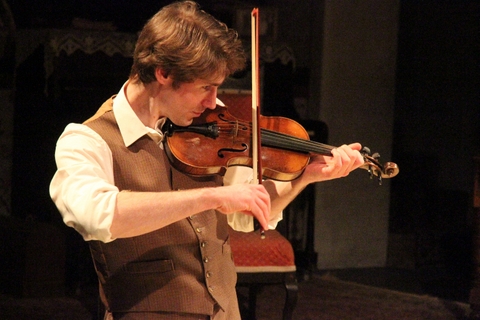 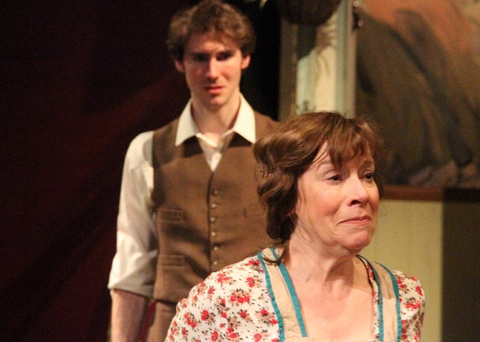 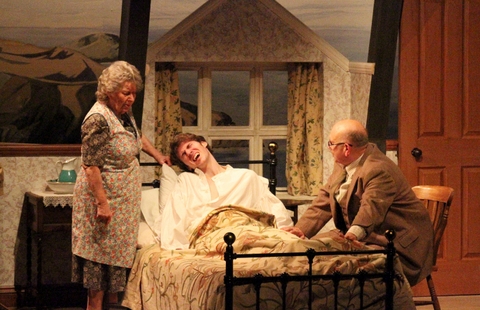 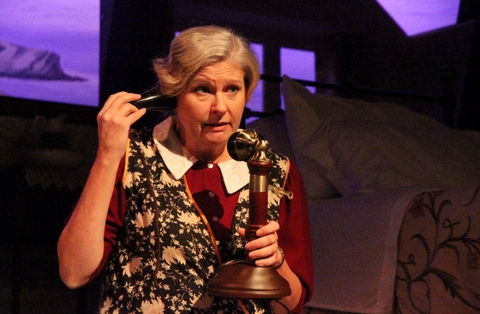 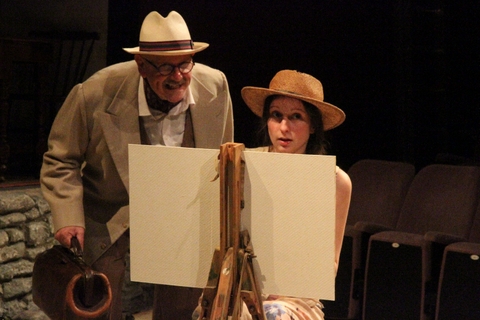 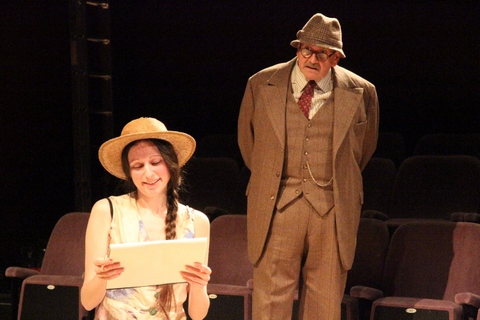 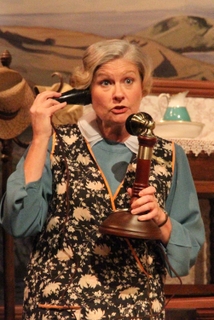 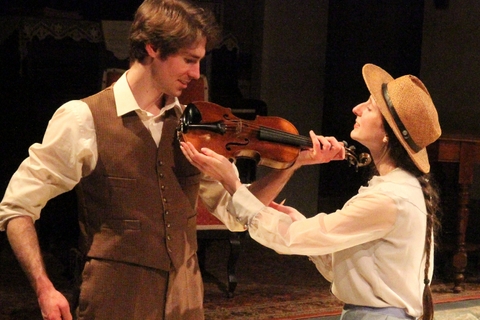 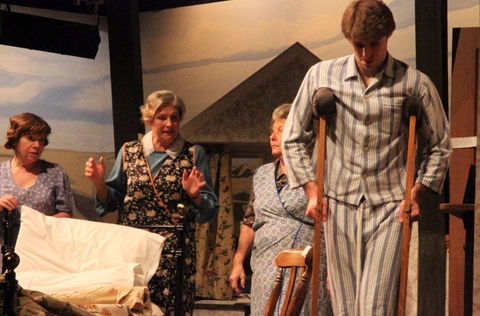 The Miller Centre excelled themselves with the design and creation of the most evocative set, bringing Cornwall in 1937, to life. Designer Keith Orton gets the highest accolade for designing a sitting room, a bedroom, a front door opening onto a planted-up garden and a beach, all to fit on to the stage and floor area, with the production being presented in the round.The long list of names on the construction team bear witness to the set’s intricacies, with another long list of the painters whose view of the Cornish hills, as background to the house, was totally charming.
Within this old-fashioned but beautifully furnished home, calmly lived elderly sisters Ursula and Janet until, that is, a young man just clinging to life, is washed up on their beach, when tenderness, vying to care for him and unrequited love take over their lives.

The characterisation of Ursula by Janet Edden and Janet by Sue Rider emphasised the difference between the sisters. Sue Rider made her Janet caring yet the more practical of the two whilst Janet Edden’s Ursula was the more excitable with an unrealistic hope of a return of affection.
As the shipwrecked Polish Andrea, Chris Spear did wonders with his accent, making the teaching of English words by Ursula quite delightful. Looking the part as well as creating the character, Andrea easily wove his way into the ladies’ hearts, as his health and his English improved and it was discovered he was a virtuoso violinist.

Adding her down-to-earth approach to the whole situation, Sheila Neale’s Dorcas, the sister’s housekeeper, brought in laughter, meals and nursing care, all delivered in a Cornish accent. Amateur violinist and physician to the patient, Dr Mead, allowed Keith Orton to act within his own set design, with some touching moments on the beach where he met and was strongly attracted to the young Russian artist Olga, whom Kate Palmer made enigmatic and determined.

The attention to detail by both those on stage and backstage truly evoked the era of the play; details such as the limpets attached to the rocks on the beach and the tools in the garden wheelbarrow.

Lucy Baker dressed the cast, again taking care with the clothes of the time and the lighting design by Alister Morton and the sound (particularly the thunder storm) by Mike Millsted and Tony Richardson also deserve high praise.

But highest praise of all goes to director Jacquelyn Wynter who brought this rather dreamy tale to the stage, who garnered a first class cast and crew and who calmly dealt with the unbidden interference by Microsoft, causing the sound problems on the Monday night. A play, and that wonderful set, to truly remember.