Jerry is a literary agent; Emma runs anart gallery; Robert is a publisher. Emma and Robert are married and Jerry is Robert's best friend, but Emma and Jerry have had a seven-year affair. The play opens with Emma and Jerry meeting for lunch in 1977, two years after the affair has finished and by a brilliant device, the relationship of the three is traced backwards nine years to the evening when it all began. First presented at the National Theatre in 1978. 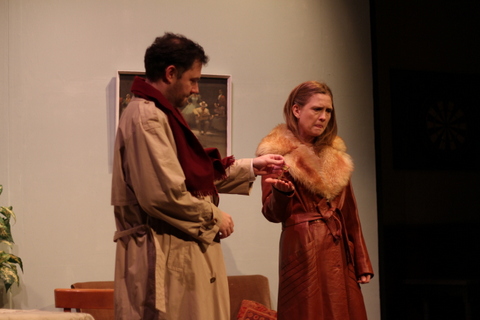 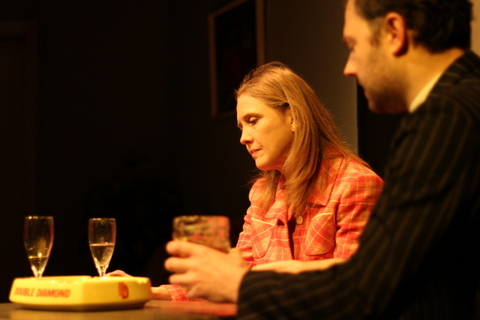 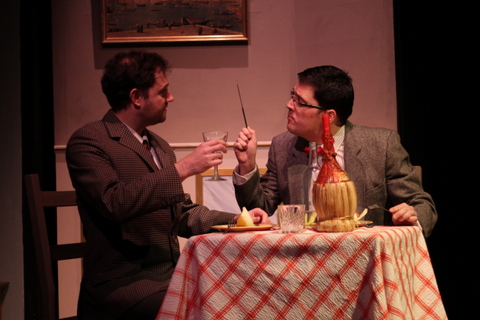 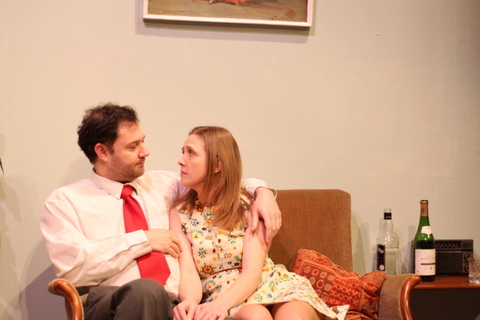 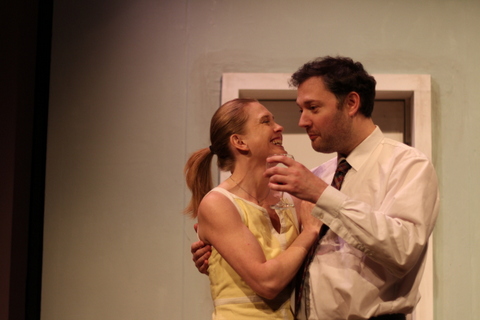 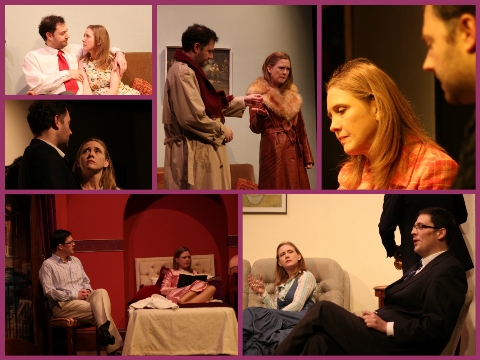 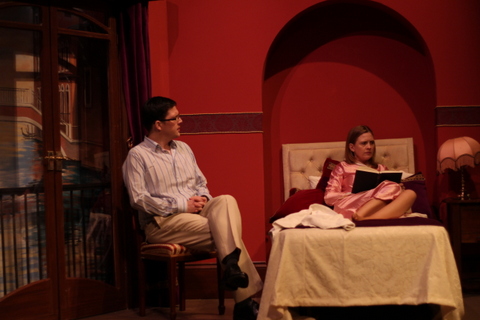 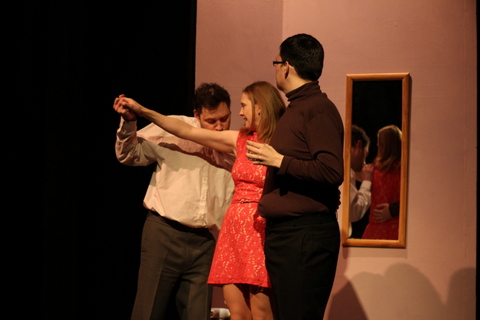 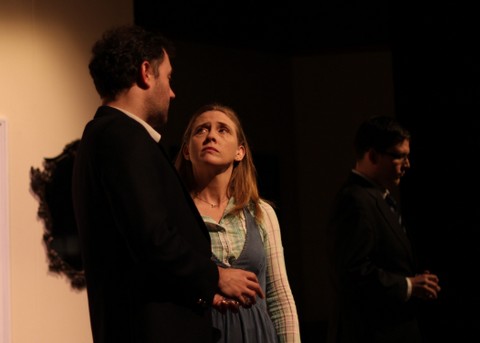 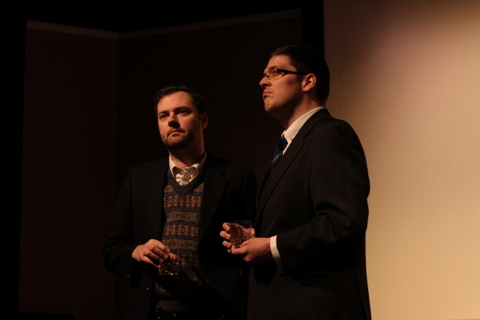 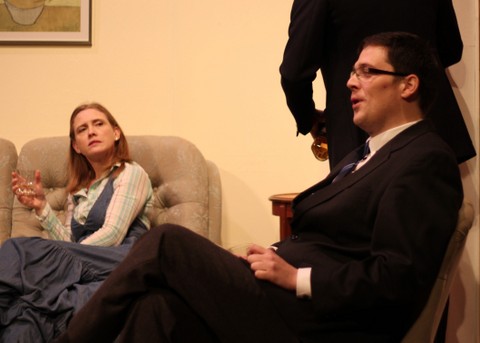 Written by Harold Pinter with much in the script which has earned this style of writing ‘Pinteresque’, where awkward silences suggest a sometimes menacing  hidden meaning, this cast were skilled proponents of the genre.

Drawing on his own experience of his long extra-marital affair with Joan Bakewell, Pinter sets this story in reverse as we find Emma and Jerry awkwardly meeting in a pub in 1977 after their romance has fizzled out. In scenes set over the preceding years, we learn much more, ending with how it all began in 1968.

Set designer Tony Dent used theatre’s revolve as an important part in delivering the many different locations – their own homes, their ‘love nest’ flat and the most impressive hotel bedroom in Venice with an amazing Venetian backdrop, the pub and an Italian restaurant.

Julie Anderson created an Emma who, as the scenes regressed, went from polite to passionate with a variety of stops along the way. As her lover Jerry and, adding complications, also her husband’s best friend, Peter Calver trod a similar path, excelling himself in 1968 when his very drunken pass at Emma is reciprocated and the affair begins.

To Emma’s husband Robert, also ‘playing away’ in their marriage,  fell the majority of those drawn out silences which do, in fact, speak volumes, and here Gareth Frow mastered the art and clearly conveyed his sometimes gloomy but often comical meanings.usic played an important part in evoking the period with sound by Tony Richardson being particularly skilled in the final 1968 scene of the party at Emma and Robert’s house. Here, as the bedroom door opened and closed, the loud music and jollity flooded in and receded immediately the door closed.

Costumes by Frances Hawkins moved with the times, again helping to establish the period as did Chris Hearn’s props, right down to the chianti candle wine bottle in the restaurant where he also played the briefly-seen Italian waiter.

In a Pinter play that delivered more comedy than I, at least, was expecting, director Julie Cumbo brought out the story’s many emotions through the ability of her strong cast. As she says in her Director’s Notes, among the cast’s many discussions about the play, they gave much consideration to exactly who betrays whom. A difficult one to answer.