The Hound of the Baskervilles

Sir Arthur Conan Doyle's most celebrated Sherlock Holmes story gets a gloriously funny makeover. When Sir Charles Baskerville is found dead on his estate, with a look of terror still etched on his face, and the paw prints of a gigantic hound beside his body, the great detective Sherlock Holmes is summoned from Baker Street, with Dr Watson in tow. Together they unravel the mystery surrounding his death, and investigate the ancient curse of the Hound of the Baskervilles. Packed full of verbal and visual ingenuity this is a sublimely funny adaptation of a classic tale. 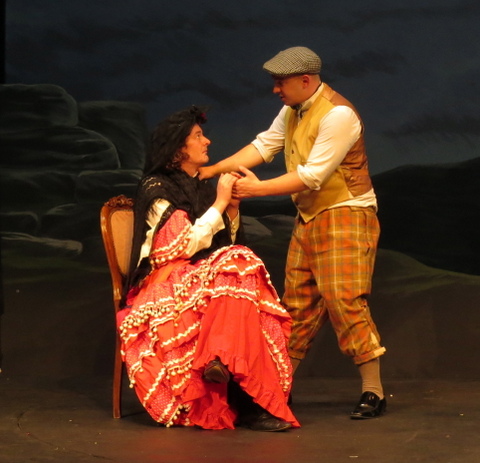 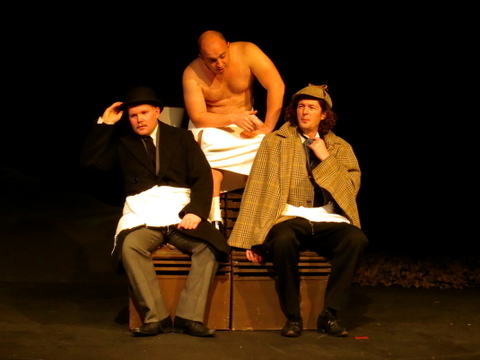 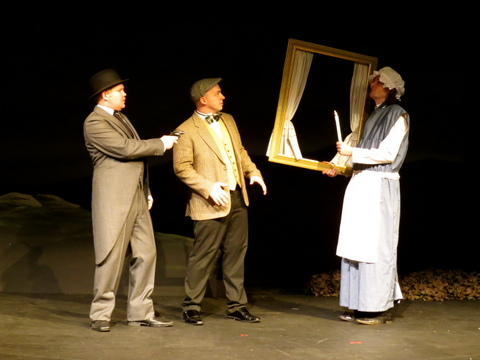 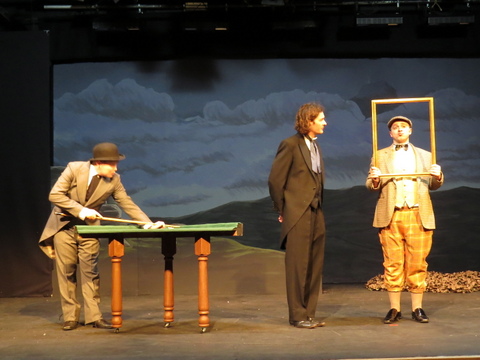 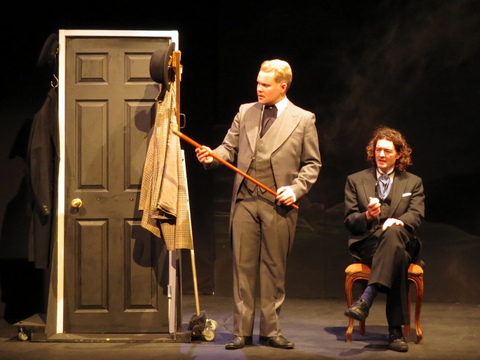 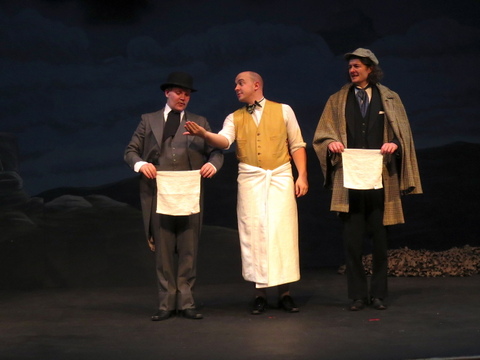 This comic spoof on a serious story had a pantomime element to it, appropriate for the time of year, with all three members of the cast breaking the fourth wall to address the audience as themselves. Taking on a variety of identities, including the obvious Sherlock and Watson, Aaron Holmes, Jamie Heath and James Rolfe threw themselves, often literally, into a sometimes manic change of character.

The smoke machine ran on overtime to create the mists of Dartmoor, and the door to 221b Baker Street wheeled on and off stage right. A speedy and seemingly magically propelled fire place depicting the stately home of one Sir Charles Stapleton arrived centre stage to represent his stately home and we knew we were on Dartmoor, not only due to the mist, but thanks to a signpost with some vital letters missing from it. A carriage ride and train journey utilised clever seats which were also used for the very funny sauna scene with its hissing sound-effect of water hitting high heat – well, hitting it most of the time!

All three actors had their work cut out to remember who they were and what they should be wearing, particularly Aaron Holmes who went Spanish falsetto as Cecile Stapleton, complete with flamenco dress, mantilla and fan.

With just three members of the cast on the left hand side of the programme, the balance of names was heavily weighted on the right by the numbers in the production team.

Mike Millsted and Sharron Cox designed the eerie set and Tony Richardson and Mike Millsted again were responsible for the important and frequent sound effects, the blood-curdling Hound being the most vital. The demands of the wardrobe fell to Lucy Baker who had to shoo-in all those very quick changes.

The pace of the play and its comic spirit never flagged, even when the audience were being directly addressed. None of the actors were fazed by the speedy re-enactment of the first act, needing to be done following a ‘phone complaint’ by a member of the audience and all three contributed equally to the pace, comedy and excellent theatrical experience this play delivered, all under the expert guidance of director Sharron Cox.