When Richard Willey, a government junior minister, plans to spend the evening with Jane Worthington, one of the opposition's typists, things go disastrously wrong. Add in a persistent hotel manager, a dead body which keeps turning up at inopportune moments, and a troublesome window frame, and you have all the elements of a classic farce. 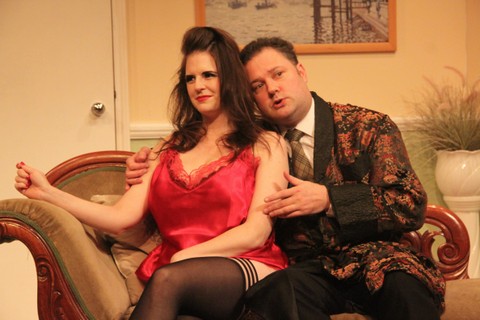 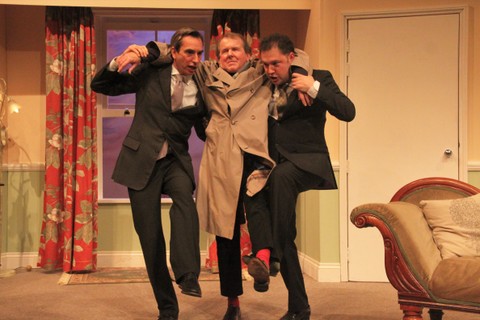 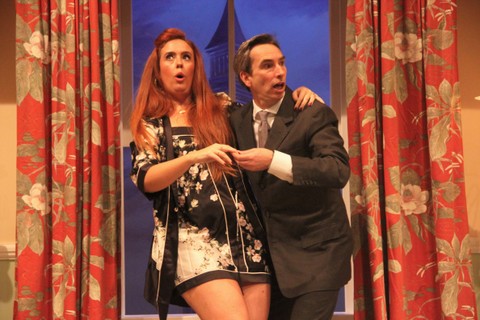 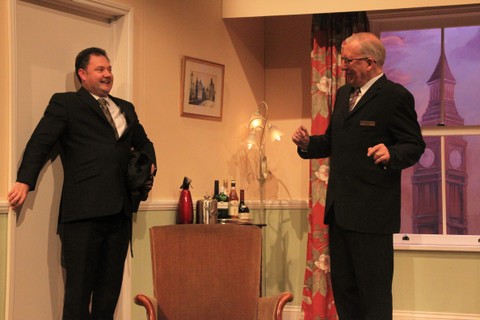 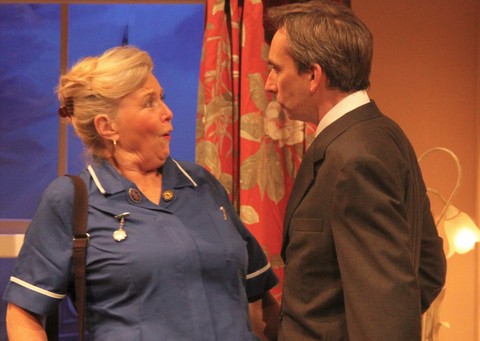 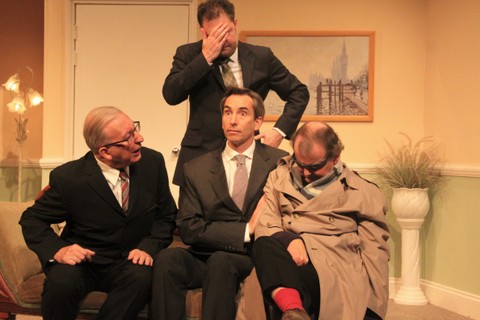 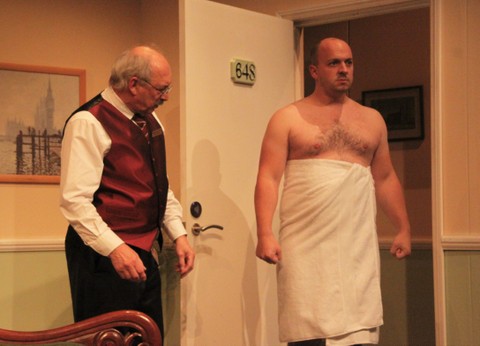 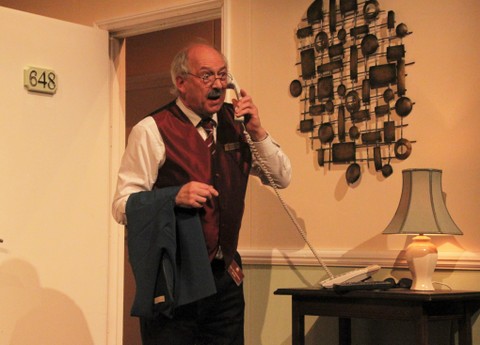 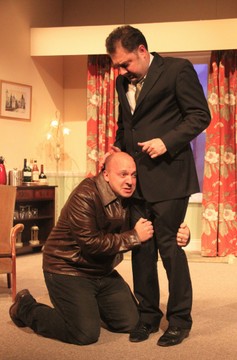 Creating mayhem in any farce requires a knowledge of the genre, lines that flow without hesitation and actions that look spontaneous even though they have been rehearsed and rehearsed. Excellent acting abilities make the chaos run like clockwork. Peter Damesick’s Ray Cooney production served up all of these, as his talented cast evolved the increasingly complicated shenanigans developing in Suite 648 at the Westminster Hotel, close to the House of Commons.

Key to the success of this tale of parliamentary seduction is Richard Willey MP, who has persuaded Jane Worthington from the secretariat, to join him for, shall we say, ‘unparliamentary’ business.

Willey is quick-thinking, constantly reinventing the plot and a smooth talker to boot. Peter Calver delivered this demanding role, upon which the success of the whole of the play hinges, with huge expertise, making his constant reinventions of who was who, why and how, seem newly-hatched.

Inveigled into the pandemonium is Willey’s PPS George Pigden - here given the initial reluctance to get involved to a flowering of impetuousness by Richard Haslam. Trying to keep track of Willey’s myriad changes of direction demanded enactment of frustration, initial obstruction and, finally, capitulation, all believably served up.

Enhancing these two main roles, the remaining characters add their own complications to the plot. Discovered, possibly dead, under a collapsed sash window, Richard Peachey was the body who became a ventriloquist’s dummy before finally recovering consciousness, albeit with a memory loss. The hanging of the body on the inside of a cupboard door never ceases to amuse an audience, although I do know, having directed this production myself, that it, alongside that insecure guillotine-like window, requires considerable ingenuity by the backstage crew.

The body coming back to life at the end of Act I, was realistically achieved, and his floppiness and bendability as a corpse was admirable.

The financial emoluments accrued serving the suite with all manner of unusual requests are gleefully accepted by Tony Richardson as the waiter. Nothing seems to faze him but he is certainly determined to make a killing out of the goings-on. His hand is constantly out for even small services and his suggestion, at the end, that the setting up of a direct debit would be a good plan, amused. Doleful initially, his manner perked up no end with the promise of increasingly substantial tips.

With its view of Big Ben outside that erratic window, Suite 648 is elegant as befits a high-starred hotel. Anxious to keep its high reputation, Nigel Kemp’s Manager is, at first, all calm and welcoming to Willey, but as the commotion progressed, his dander rises, unlike his trousers which, as is de rigueur in a farce, were the ones to fall. Treated here to the sight of sock suspenders and embarrassment, more flesh was due to be revealed by the angry Ronnie, Jane’s husband, when his swimming towel slipped to the floor.

Boiling with anger and annoyance, Jay Rolfe’s Ronnie strode about the suite, questioning and seeking, both in the room and through the hotel. No doubt, here, about a vengeful husband. Harriet Jackson as Jane, all initial compliance in the opening scene, raised her concern to a frantic level as she, too, was involved in Willey’s crazy explanations and Ronnie’s wrath.

Complications continue to ensue in Act II when Pamela, Willey’s wife, arrives unexpectedly. Lucy Baker’s Pamela is initially a self-assured MP’s wife but changes delightfully once propositioned by Pigden, who complicates the plot even further by a similar proposition to Morven Rae’s Nurse Foster, who has left the care of Pigden’s mother to find out why he has not come home to relieve her shift. These two small roles enhance the ever-growing complications as did Lucy Auva’s very few words as the maid.

Simon Broderick-Ward’s set gave space for all the comings and goings, including room for all-important wheelchair movement and Big Ben was a beautifully realised back-drop.

There is no doubt that much fun would have been had by the cast as they rehearsed, but all credit to them and to director Peter Damesick for providing an evening full of laughter - and although the House of Commons was involved, it was a gloriously Brexit-free zone!