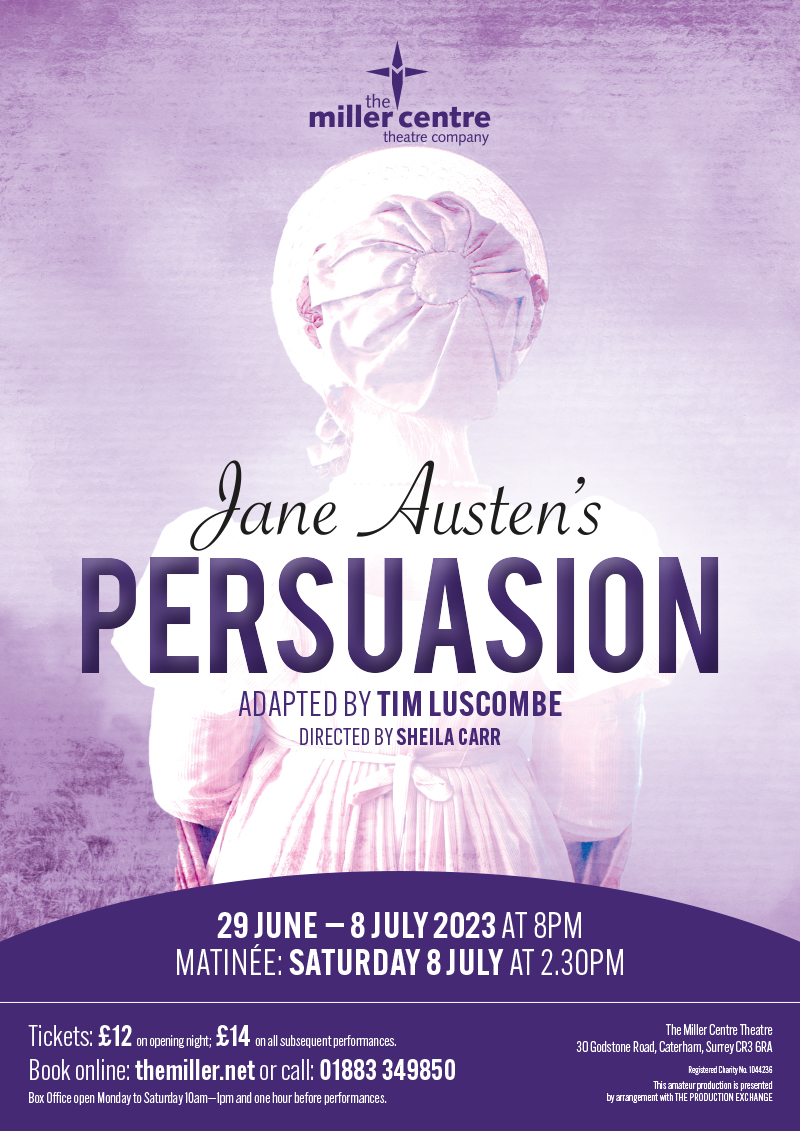 Anne Elliot fell deeply in love with a handsome young naval officer, Frederick Wentworth, at the age of nineteen. But because he had neither fortune nor rank to recommend him, Anne’s mentor and friend, Lady Russell, persuaded her to break off the engagement. Eight years later, Anne has lived to regret her decision. She never stopped loving Frederick – and when he returns from sea a Captain, she can only watch as every eligible young woman falls at his feet. Can the pair rekindle a love that was lost but not forgotten? This new adaptation was commissioned and first produced by Salisbury Playhouse in 2011.