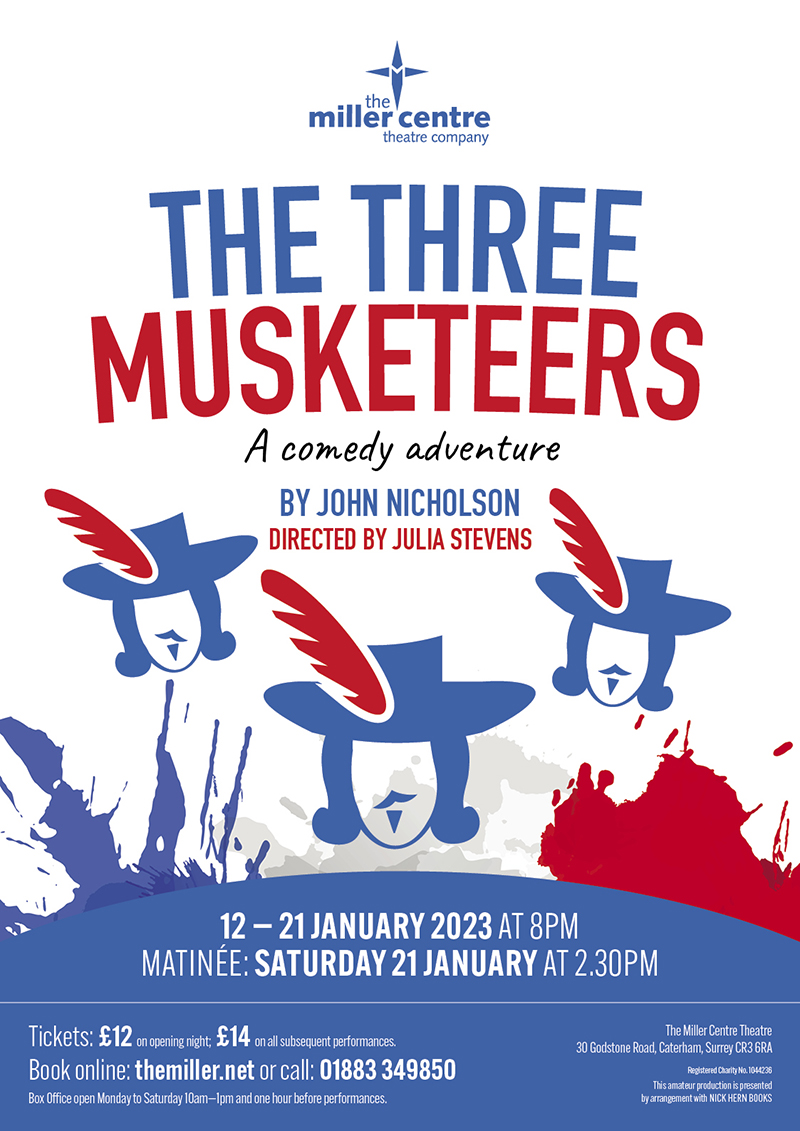 a comedy adventure
by John Nicholson

When the young and naive D'Artagnan sets out on his quest to become a King's musketeer, he immediately encounters the dangerous femme fatale, Milady de Winter. After discovering that the musketeers have been disbanded, he makes it his mission to get them reinstated. But will his feud with Milady thwart him? And who the heck is she? This riotous adaptation of Alexandre Dumas' classic novel by John Nicholson (Hound of the Baskervilles, Peepolykus) was originally performed by physical-comedy theatre company Le Navet Bete on a UK tour in 2019, with four actors playing over thirty characters. A funny, high-energy adaptation of a universally loved story, which is suitable for audiences of all ages. Swashbuckling and rollicking adventure guaranteed – convincing French accents, not so much.