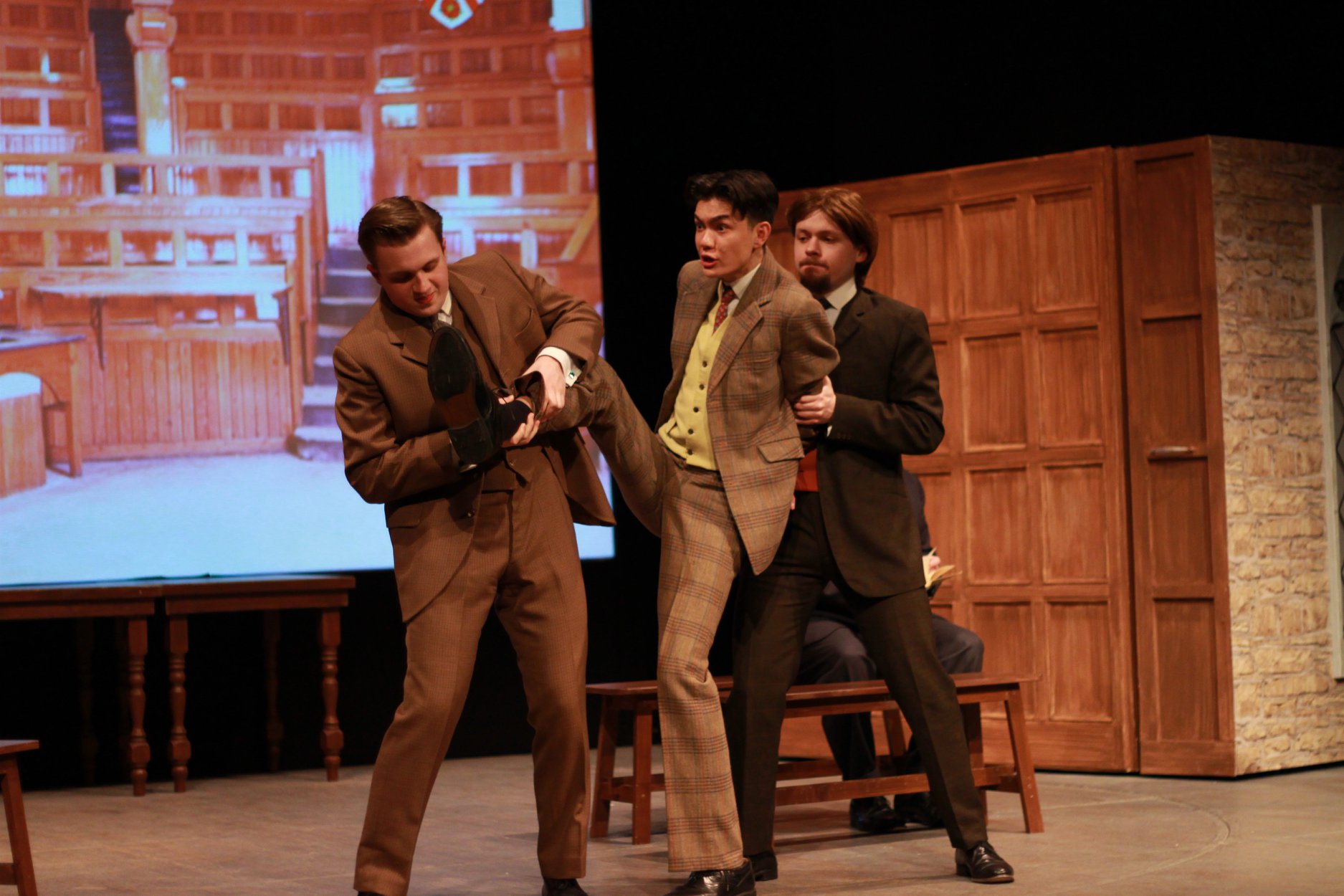 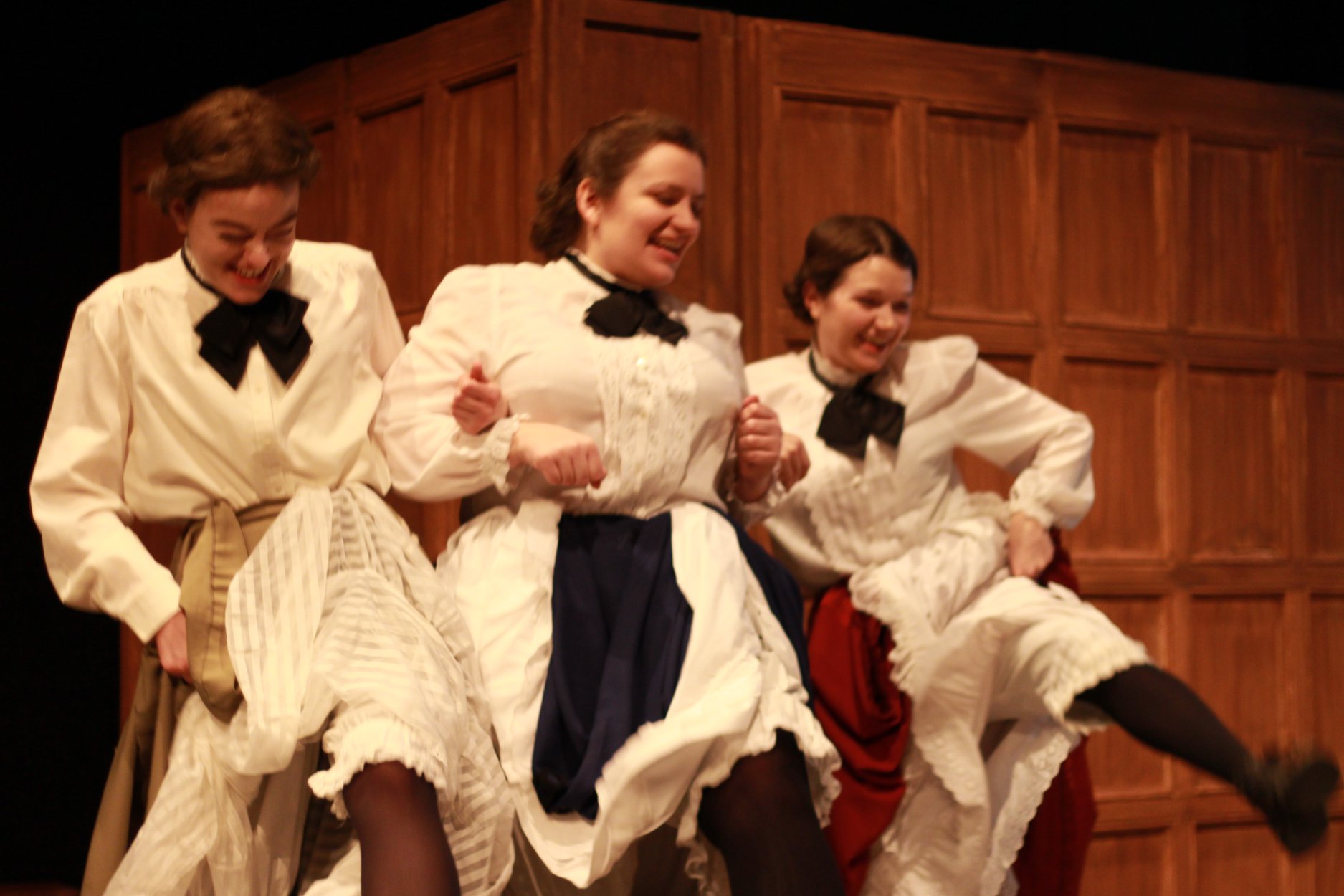 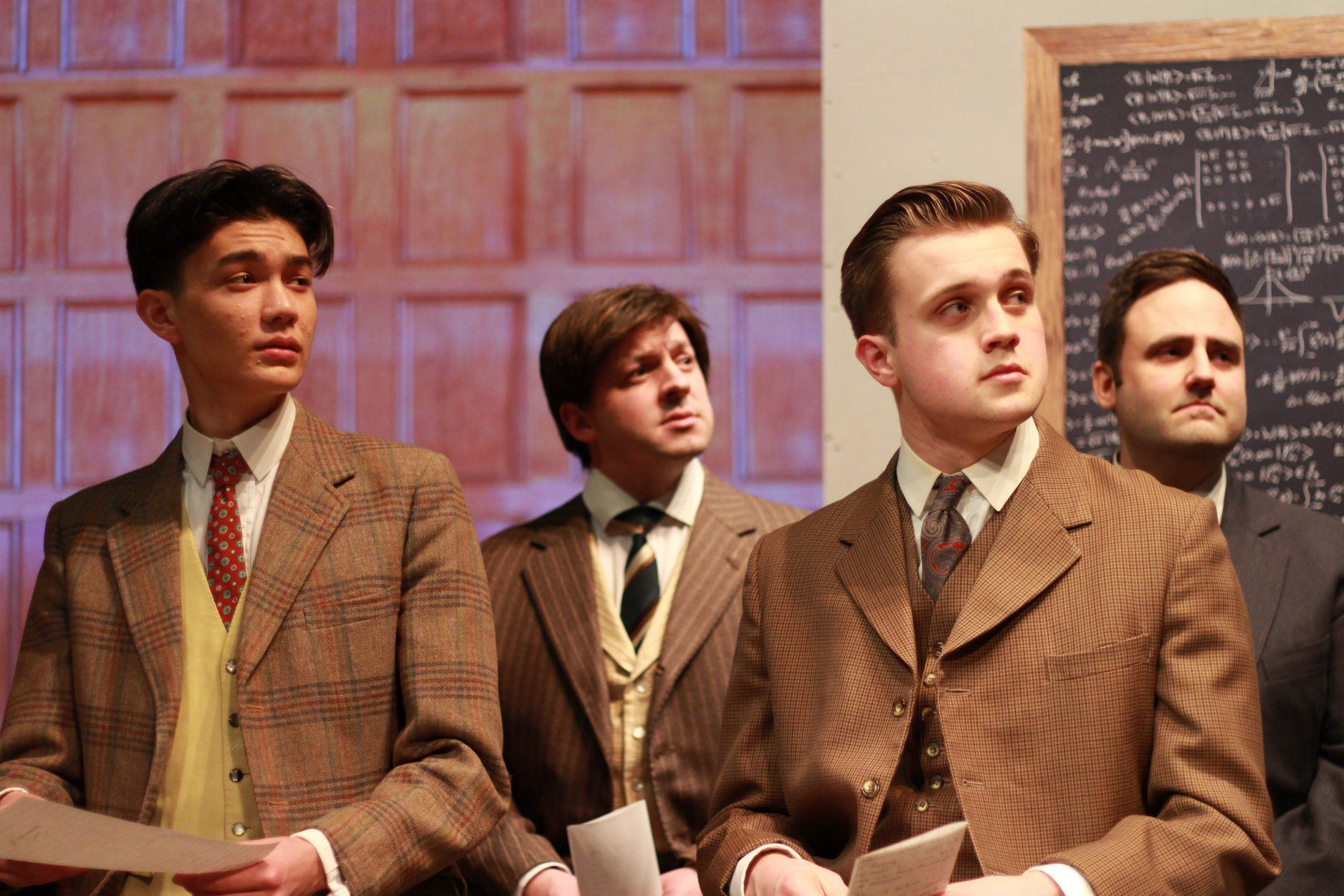 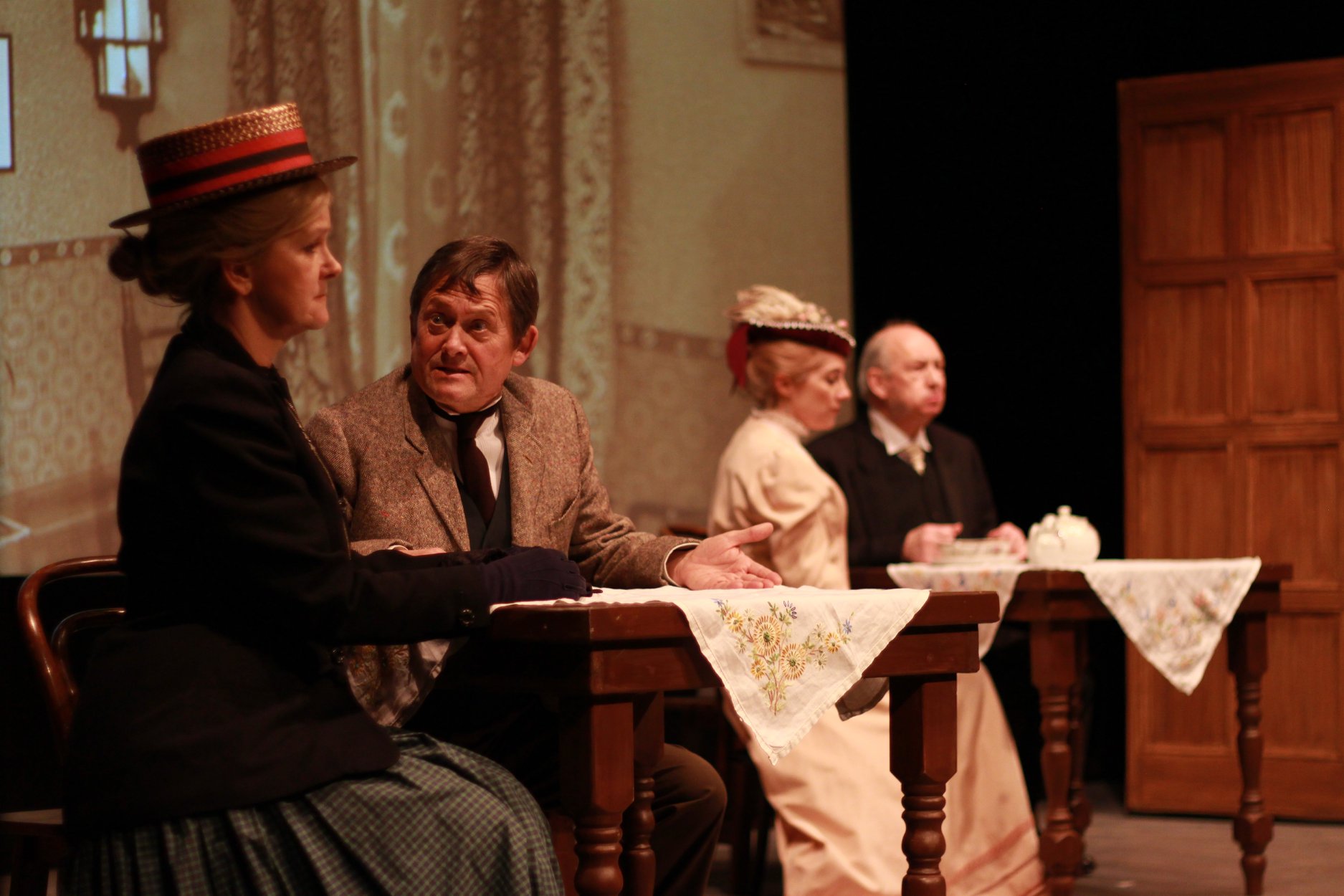 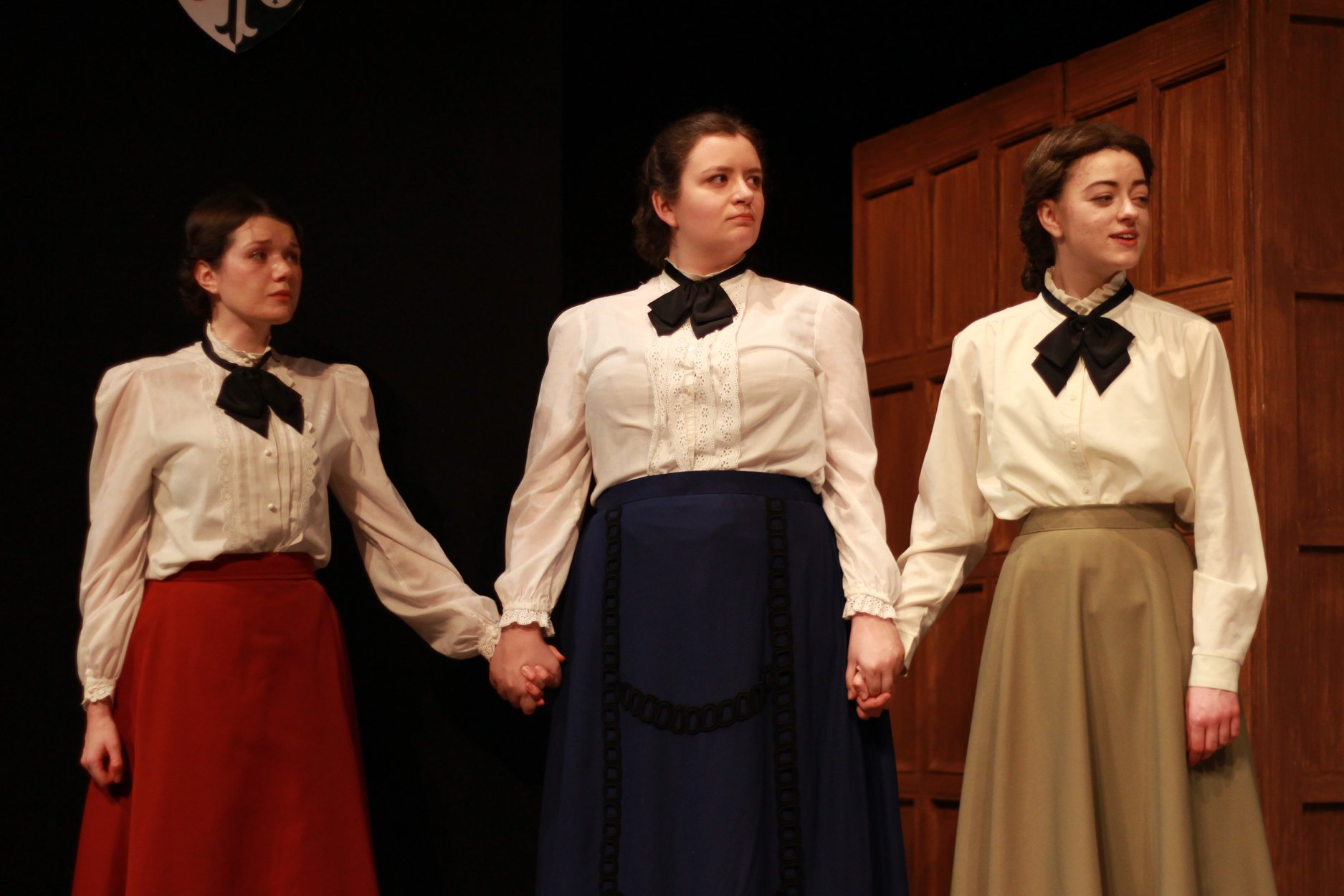 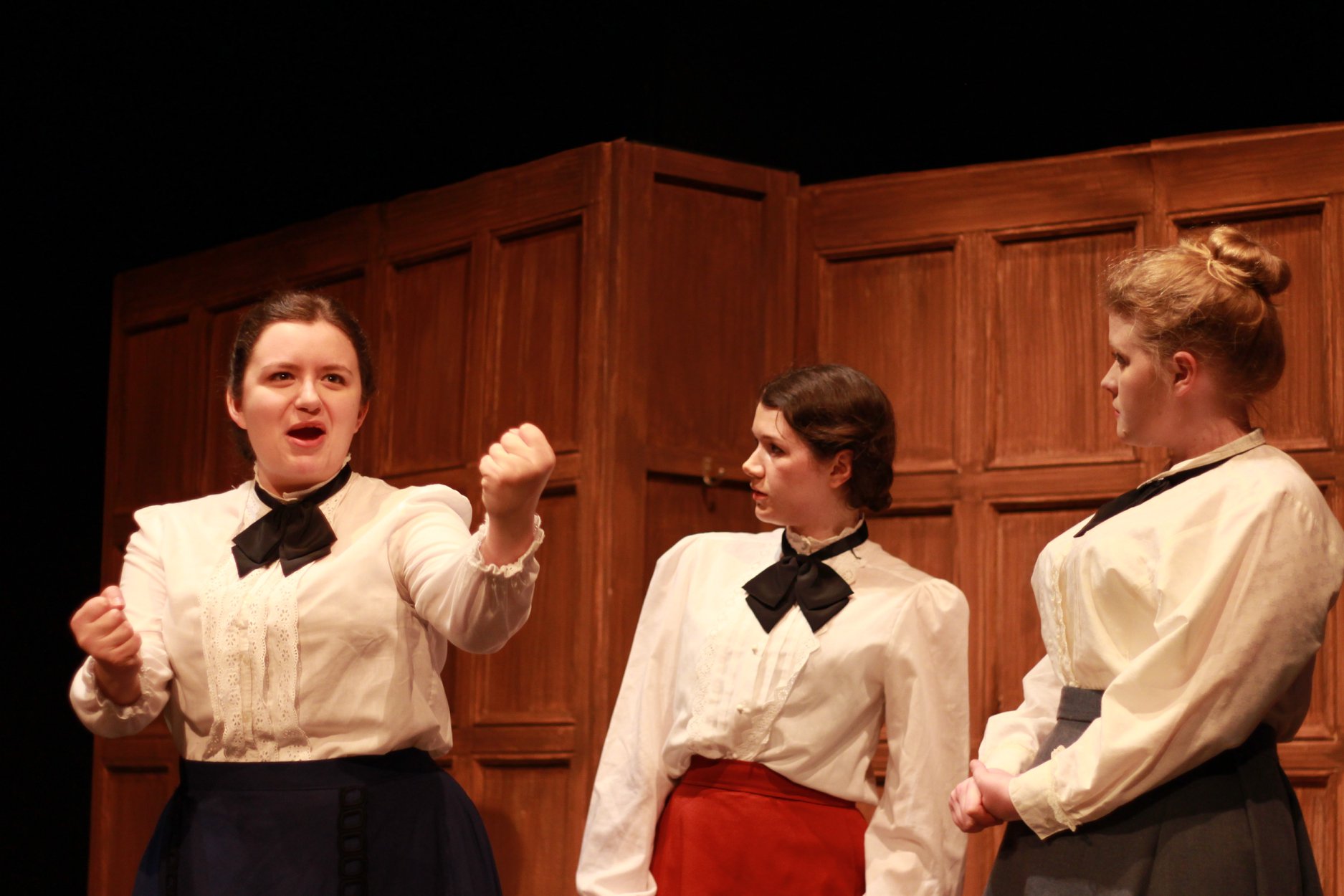 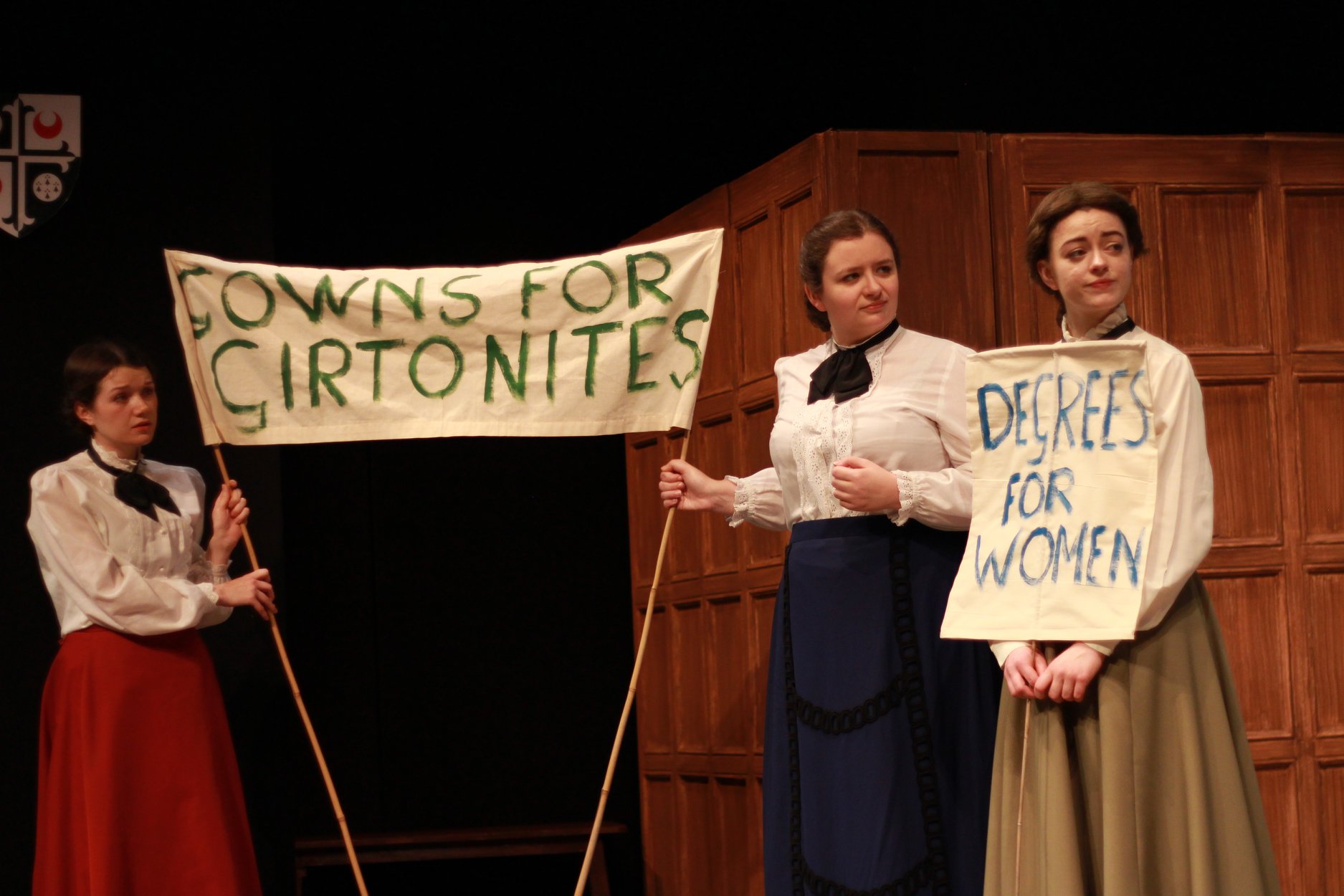 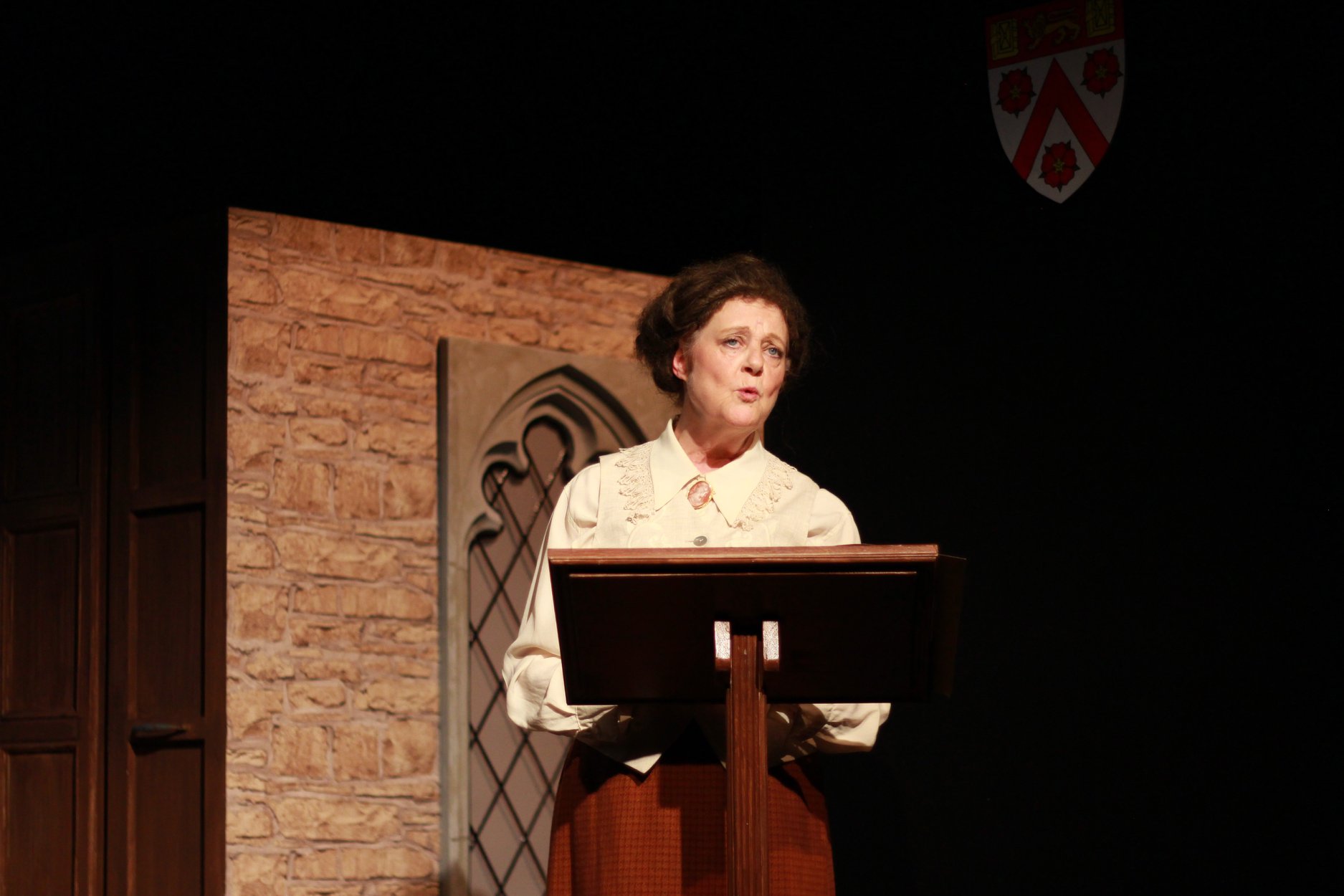 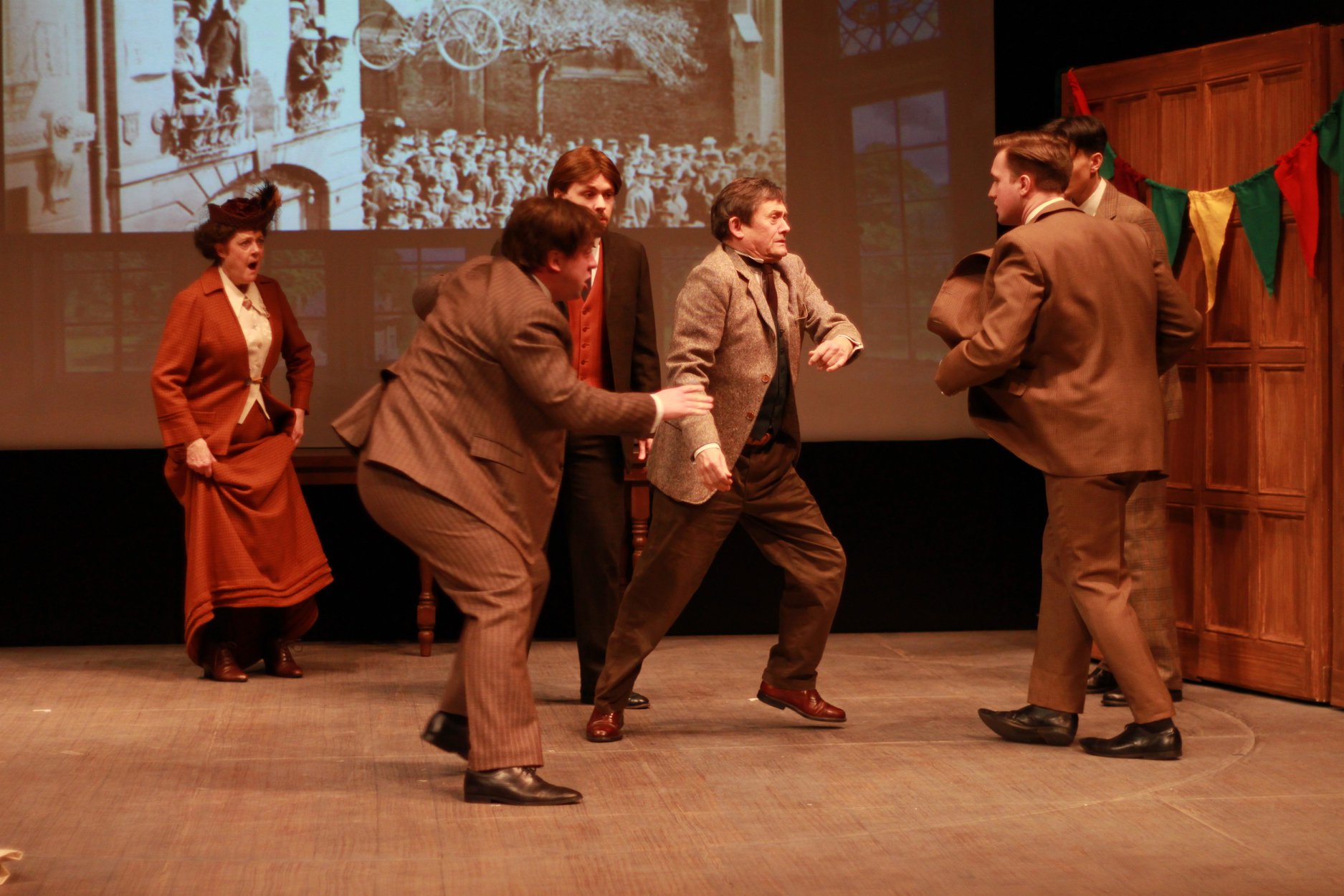 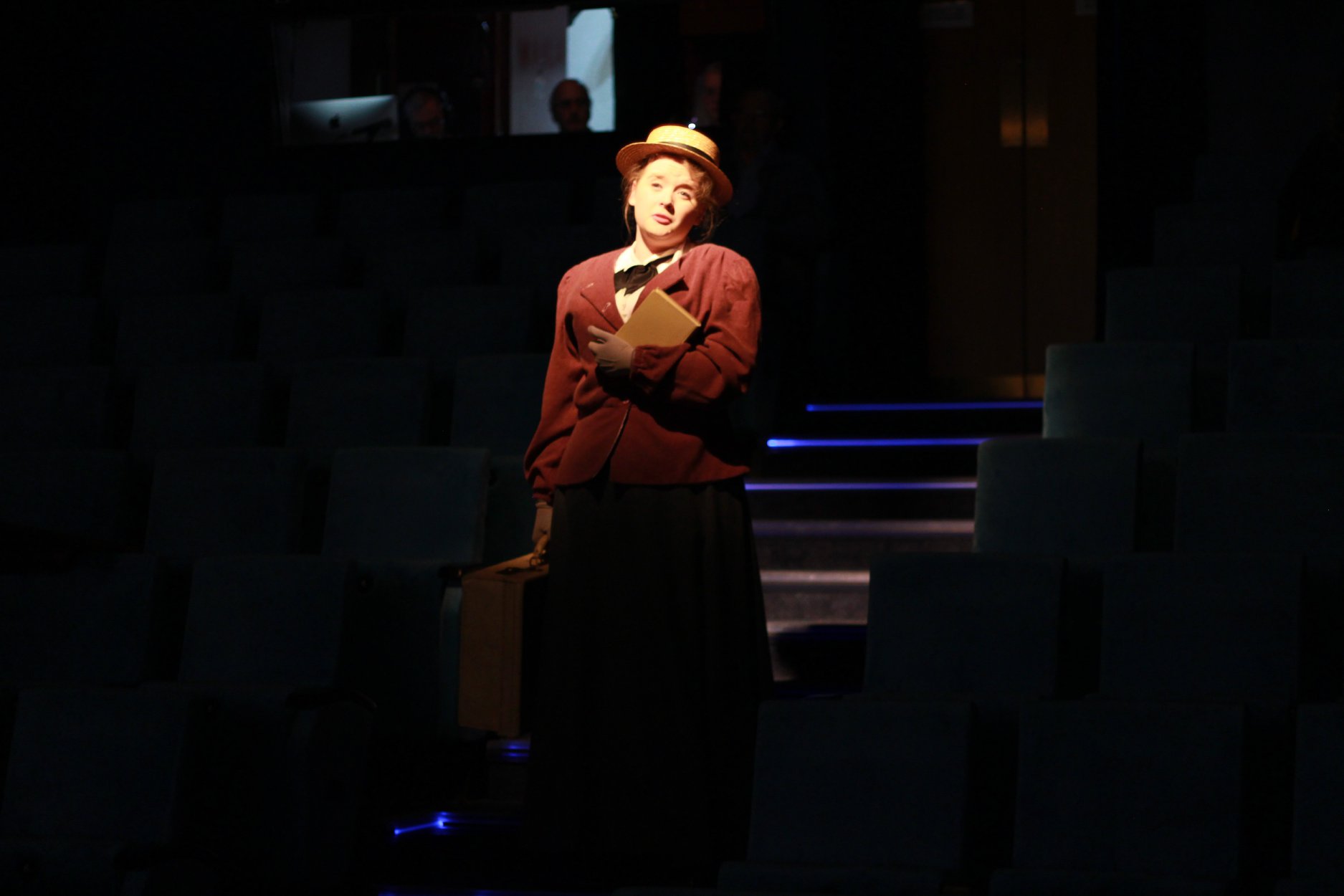 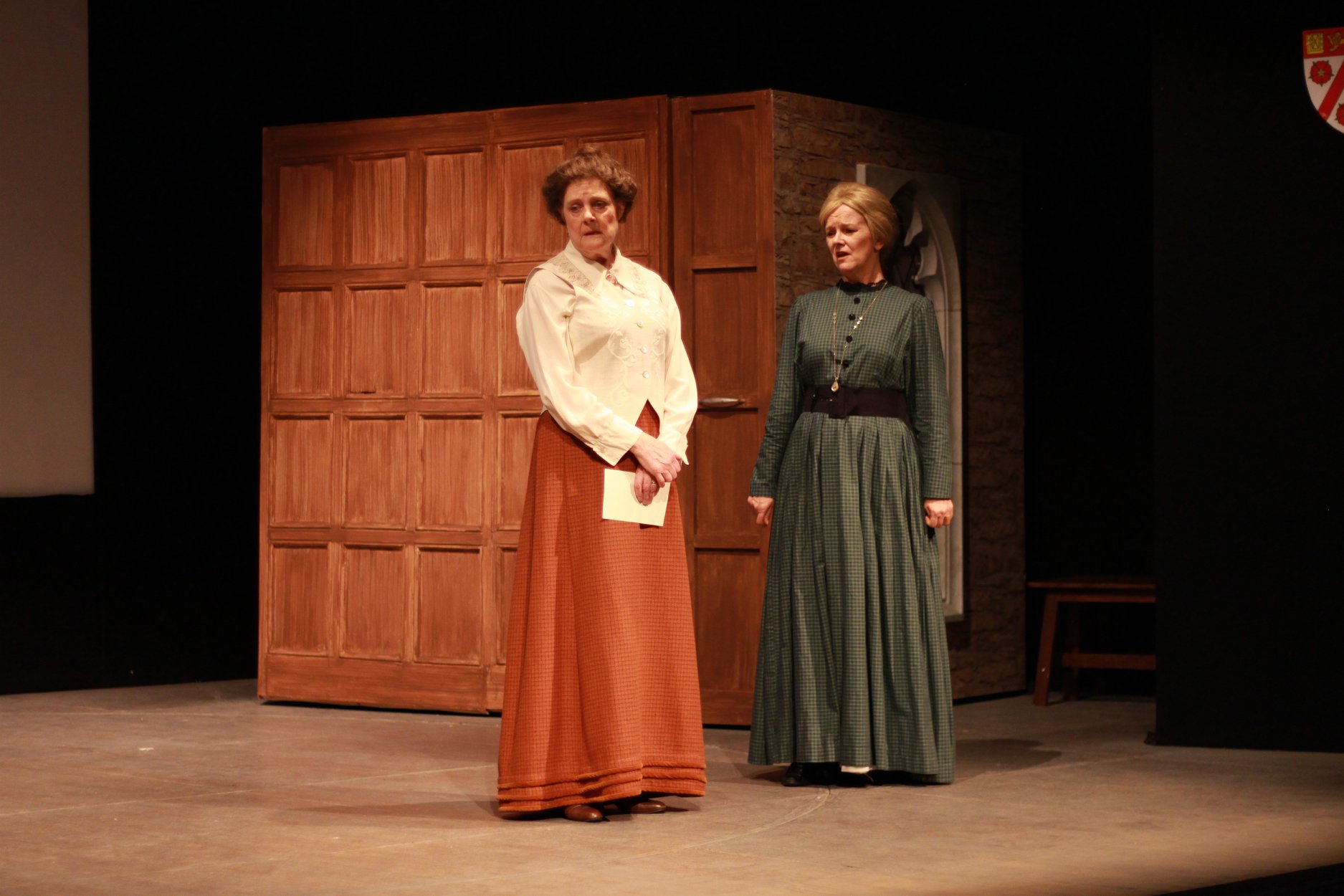 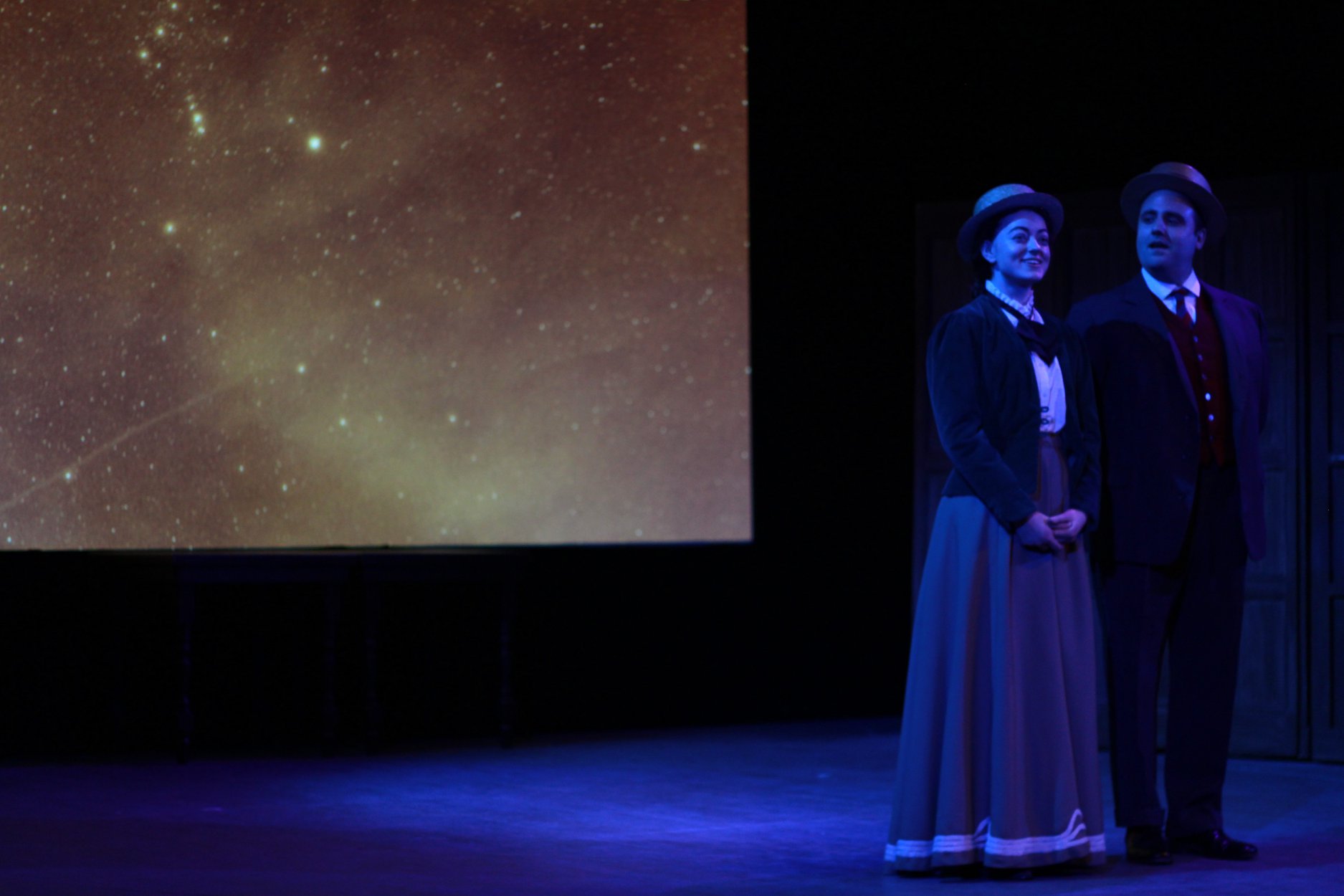 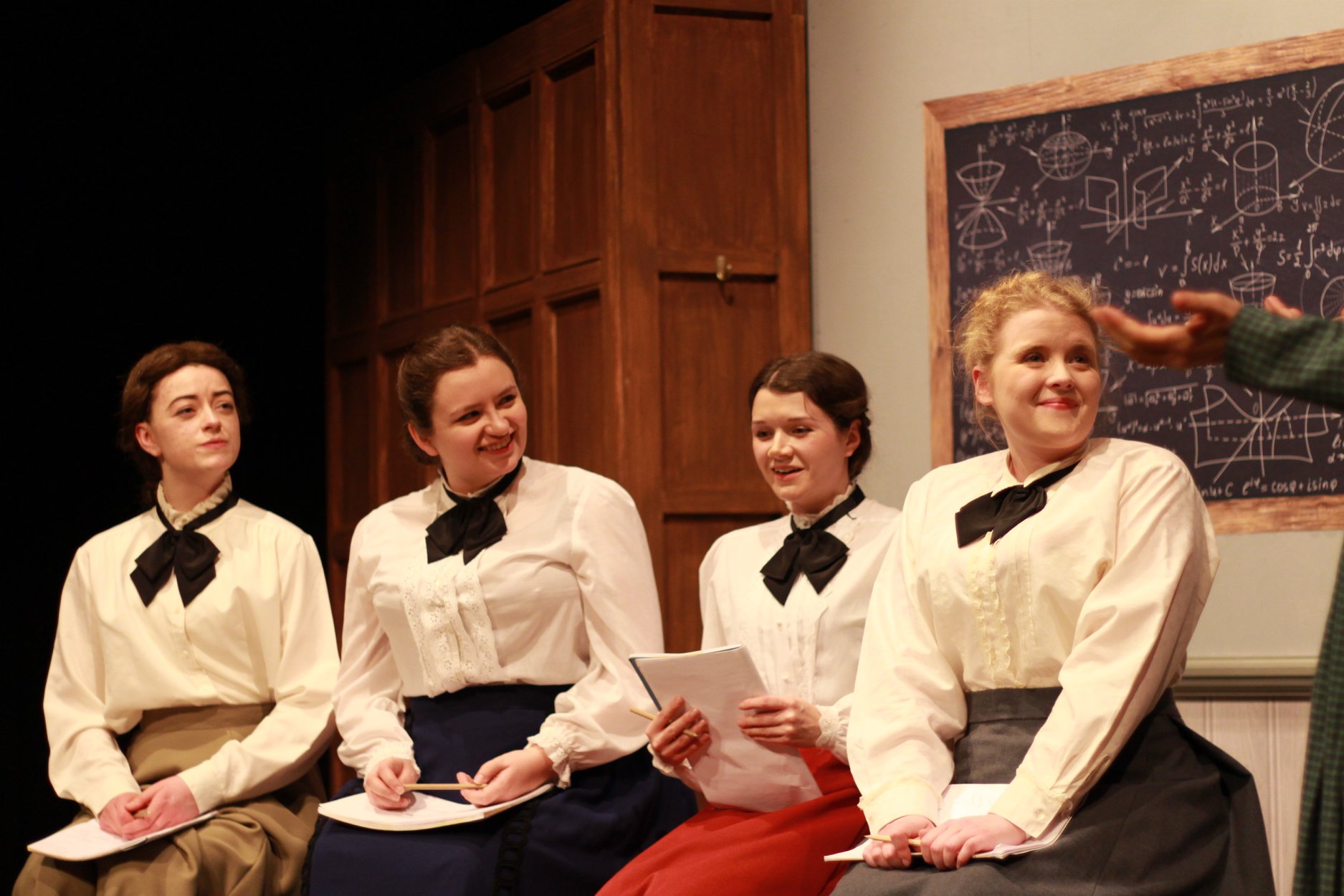 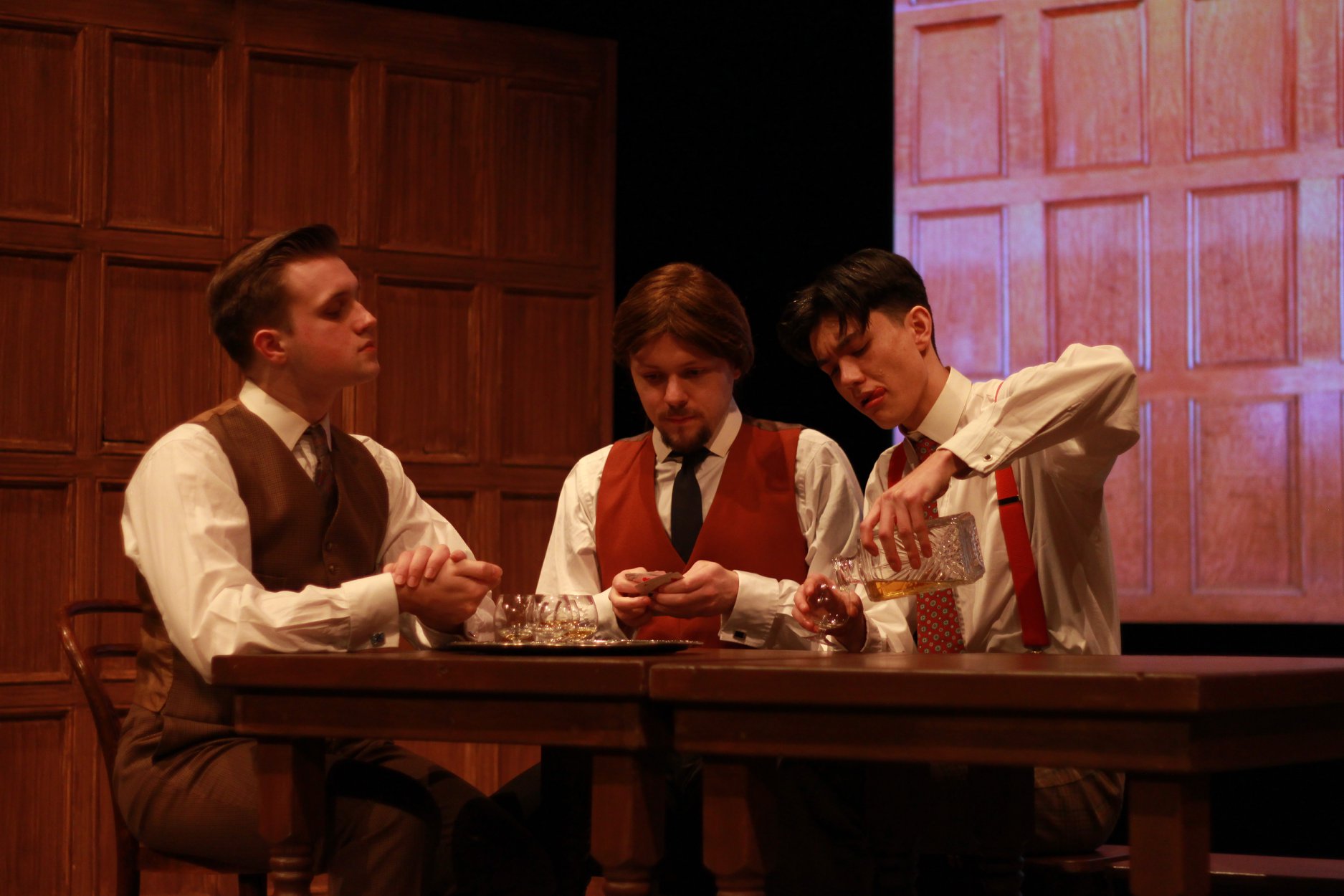 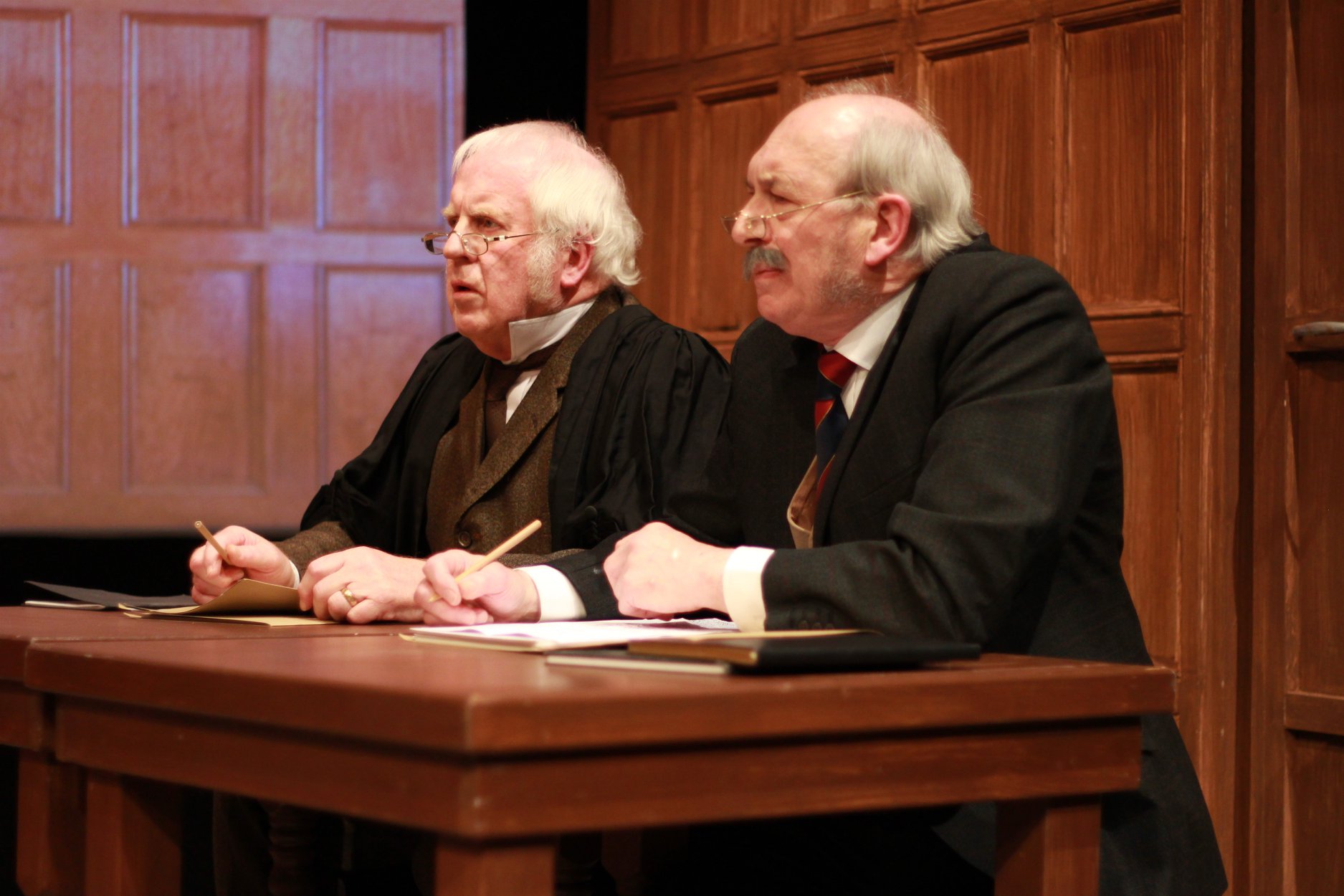 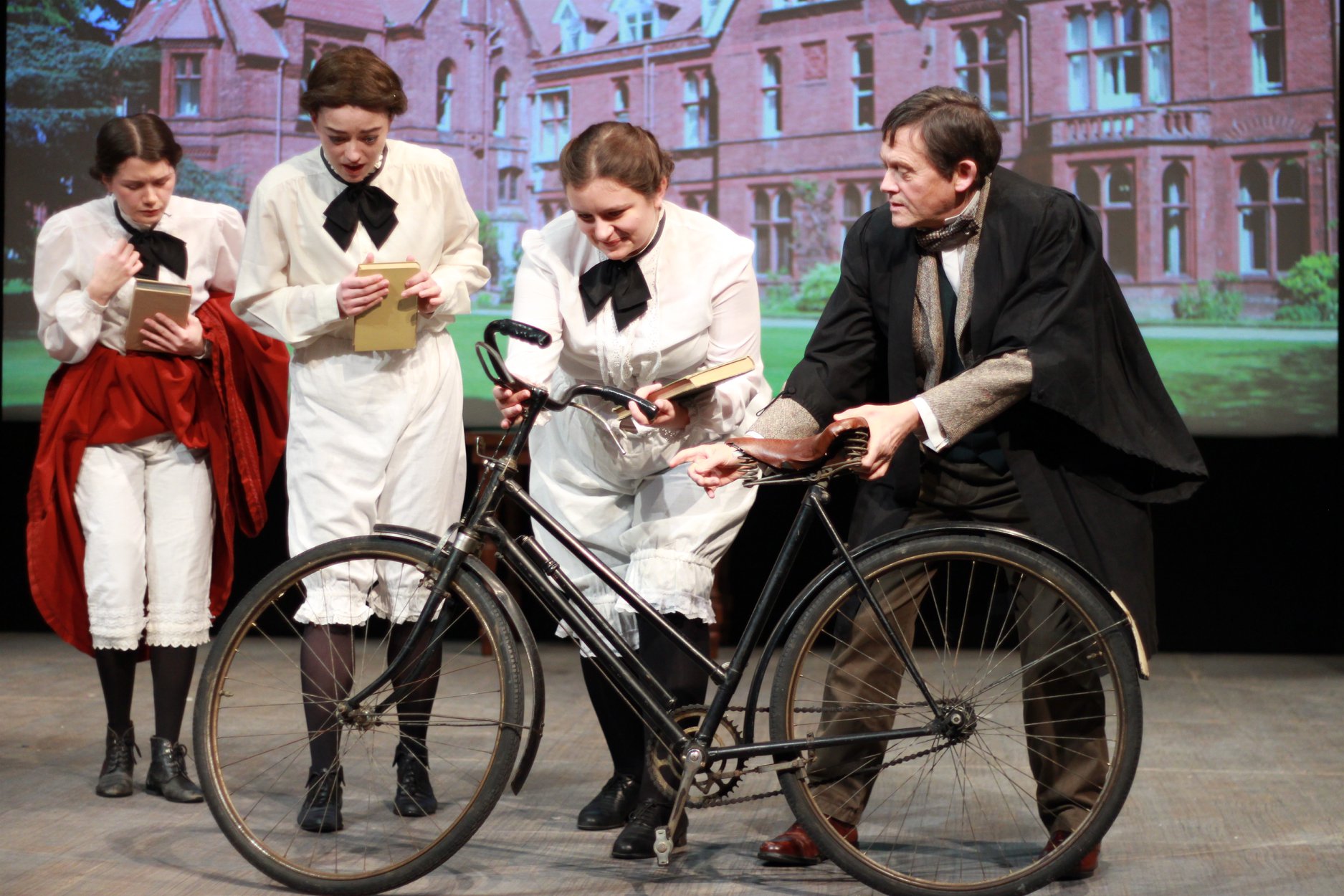 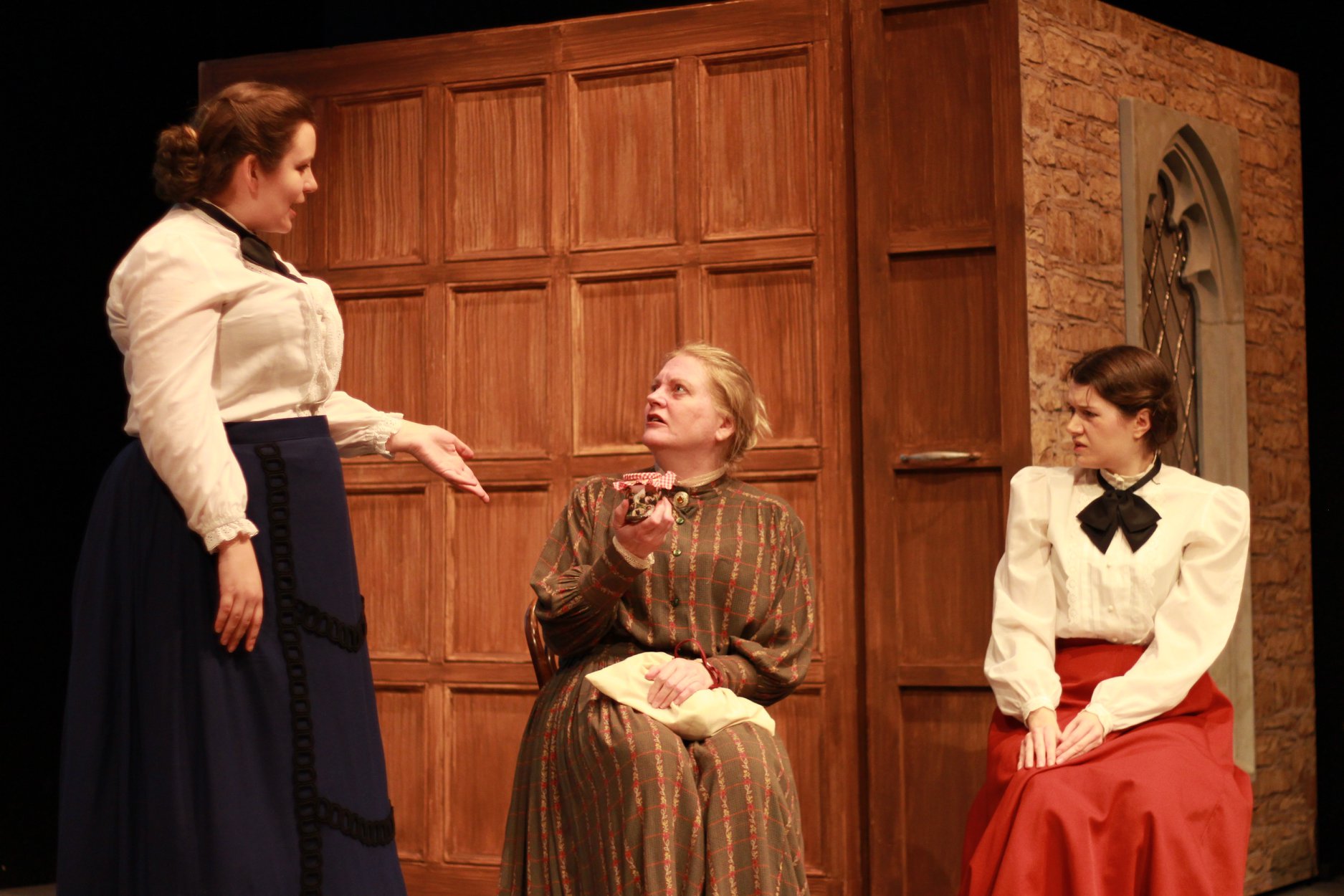 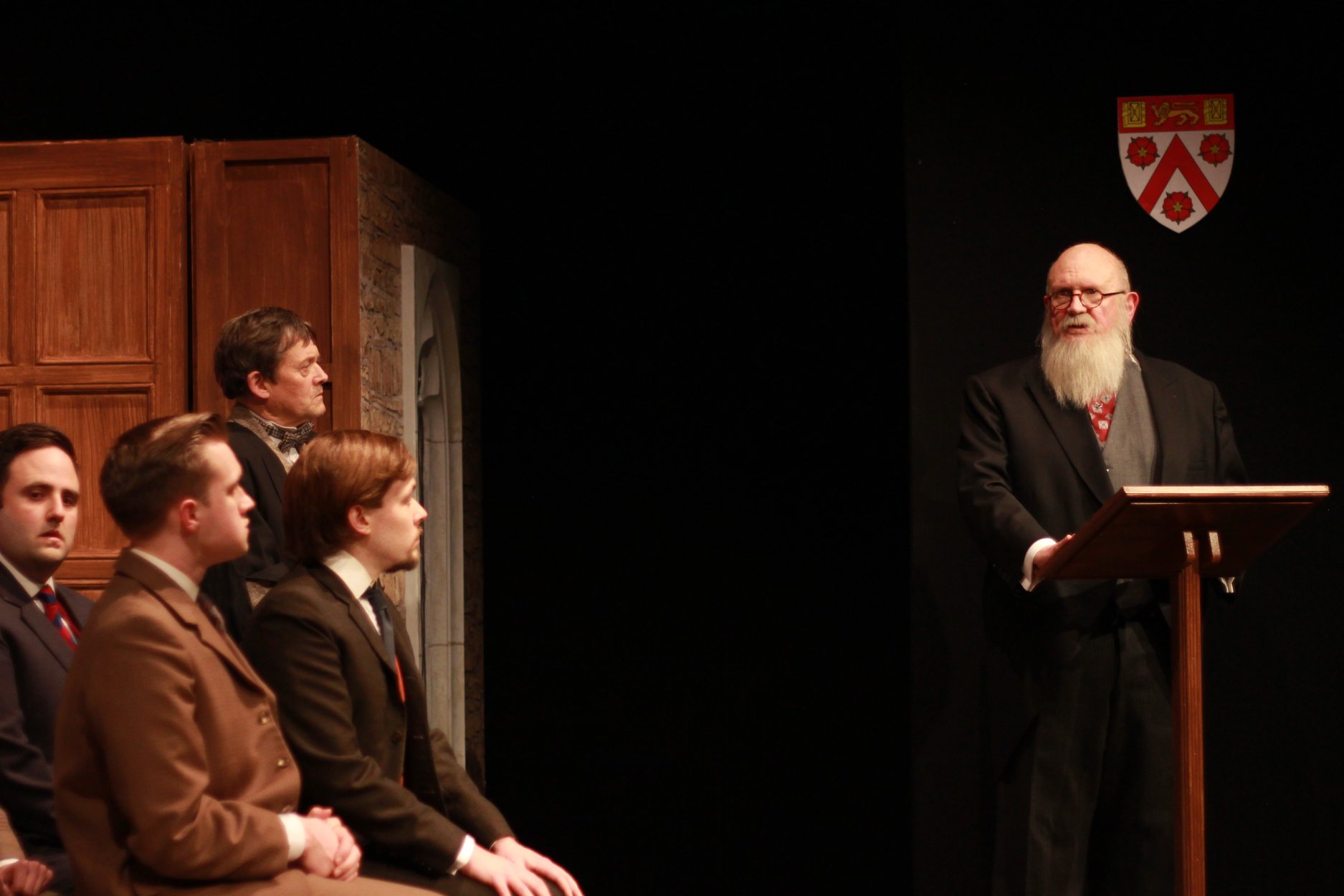 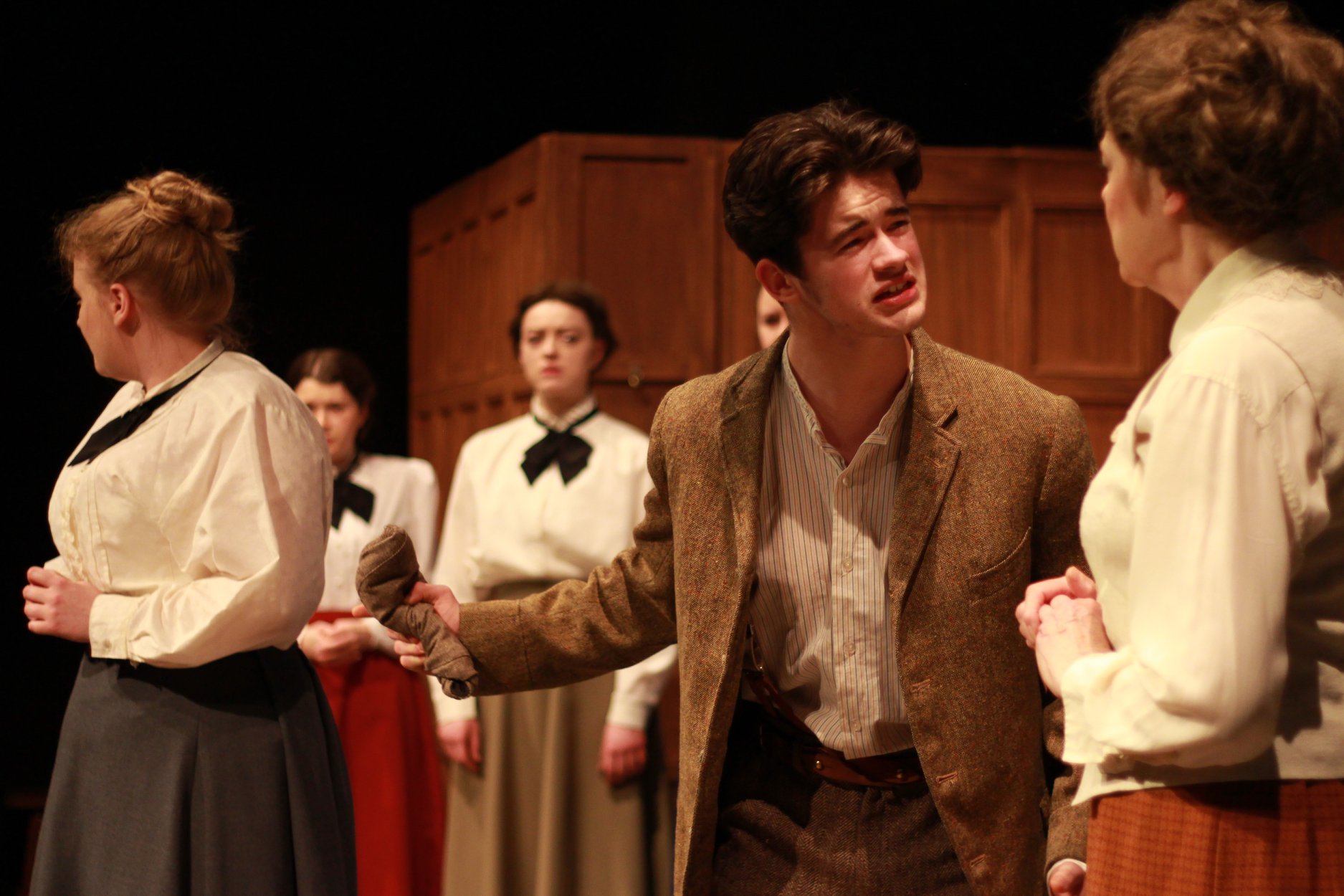 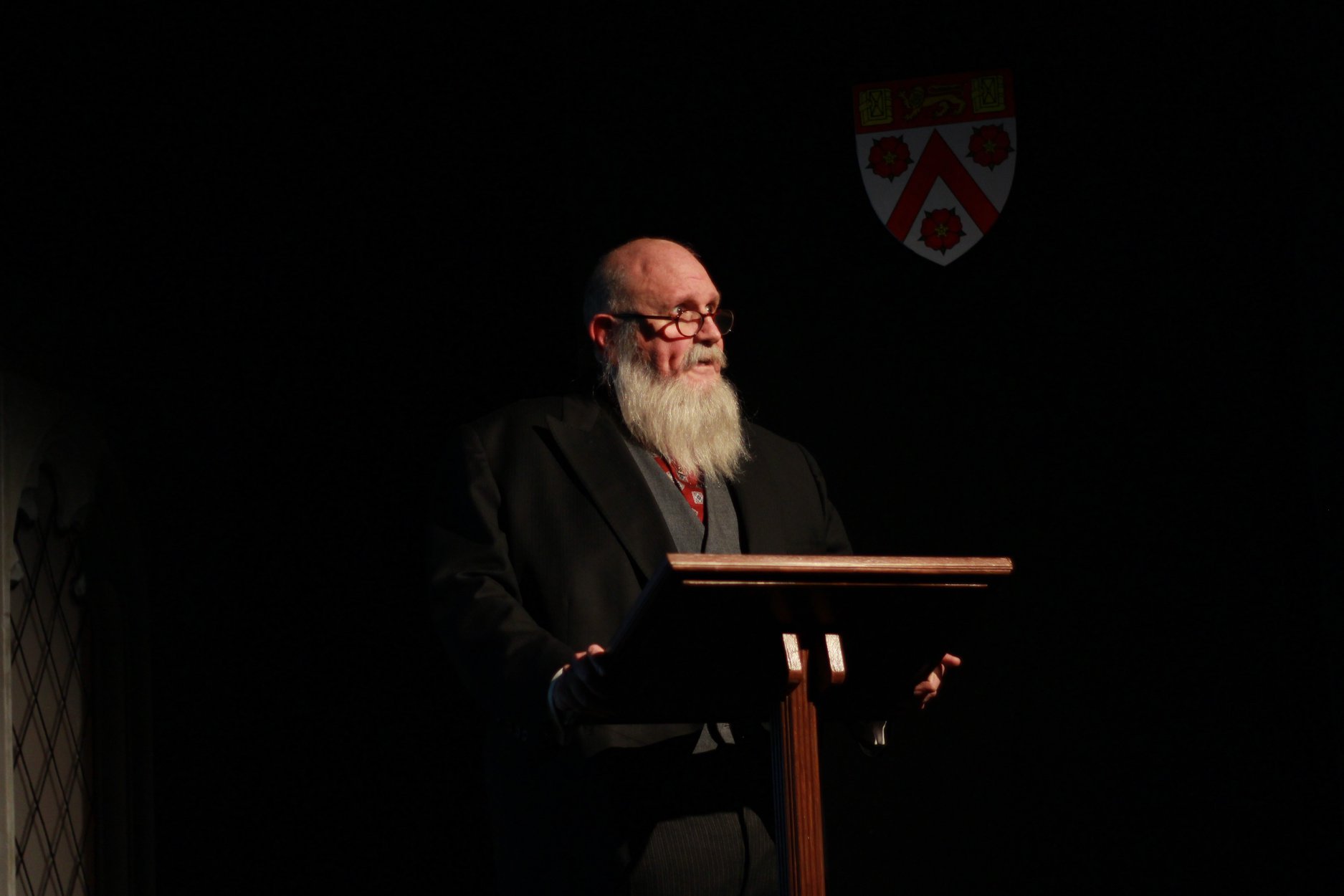 The story, set between 1896 and 1897 apart, there are so many notable achievements here. The large cast of 18, with six of these doubling up as other characters, must have taken some assembling in the current climate of amateur dramatics vying with other attractions. The 26 scenes from 23 different locations were impressively presented using back projection in full screen, centrally at the back of the set. Visual Editor Steve Bishop, who also designed the effectively minimal set, presented well researched and aptly captioned illustrations to keep the audience totally aware of the venue. These included vintage images from the period as well as gracious buildings, elegant internal halls and atmospheric outdoor areas. Their synchronisation with the story was right on cue. Effective costumes were achieved by Berry Butler and Nigel Kemp.

And the story? It related the fight by women students to achieve university degrees, on a par with men, in the face of huge opposition and the thinking that the use of their brains to achieve degrees would affect their ability to be wives and mothers. We followed the struggles of four young ladies, each with different dreams and from different backgrounds. Carolyn was the upbeat well-travelled student given comedy and a forthright approach by Rosie Foster. Maeve had hauled herself up from a poor background and struggled to achieve her place at Girton with Jenny Allum richly creating Maeve’s despair at having to return home after her mother’s death. Holly Marsh as Tess portrayed her struggle of heart over achievement and Lucinda Banton as hard working Celia encouraged her fellow undergraduates not to give up.

As well as general opposition to ladies achieving, playwright Jessica Swale voiced antagonism through young men at Trinity College - the outspoken Bradley Adams as Lloyd –  angry and vindictive about the invasion of ladies into their elite world  and Edwards, whom William Gao made apologetic for his friends’ outrage; Teejay Hurley as Holmes who agreed with his fellow undergrads but had a sneaking respect for their mettle and Ralph. who misled Tess with romance – Joe Crisfield delivering a love poem in excellent Italian. Torn between the Trinity lads and a longstanding friendship from their youth, with Tess, Jay Rolfe’s Will was divided between loyalty and a real attraction to Tess, and influence from his own group.

Newly opened in 1896, Girton was home to these first female university students under the headship of its principal, Mrs Welsh, empathetically envisaged by Denise Scales – ambitious to get acknowledged degrees for her ‘girls’ but unhappy to confuse her ambition with the suffragette movement which her colleague Miss Blake espouses. Linda Harris as Miss Blake enticed her students to follow her lead.

A believer in the cause of women receiving an equal education to men, David Kay as Girton tutor Mr Banks encouraged and urged his students to be the best they could, facing the difficult dilemma when invited to be a Fellow of Trinity College, for which he would have had to give up his tutoring at Girton. Always there to chaperone the ladies should they receive a gentleman visitor, Avril Swift softened Miss Bott’s strict regime to more humane level, as well as reluctantly selling a pair of blue stockings from her haberdashery shop as Mrs Lindley.

Keith Orton’s opening oration as Dr Maudsley shocked with its premise of education ruining women’s future roles in life – delivered to a low hum of disbelief from the audience. As Anderson, he sat on the viva board alongside Phil Wright as Collins and Tony Richardson as Radley, both of whom doubled up their roles -  Phil Wright as Girton’s groundkeeper who delivered the news that the vote to allow ladies to be granted the right to graduate with a degree had, following a big riot, gone against them. Rex Elliott made his mark in a brief appearance as Maeve’s brother Billy as he implored her to leave Girton and come home as a mother figure to her sisters, and as the waiter with an impressive shrug!  Catherine Elliott played the cheeky and accommodating Minnie the maid as well as a haughty tea shop customer.

This may seem like an unnecessarily long inclusion of everyone in the cast but each one, be it in a large or small role, helped conjure up this impressive production with its message of exclusion. It shocked as it opened and there was that hum again at the end, as the ‘what happened next’ details rolled up on the screen, shocking again with what it revealed.

A stellar cast was advantageous to this production but without the theatrical know-how, patience and enthusiasm of a good director, it wouldn’t have had nearly the same impact. Fortunately for the cast, the Miller Centre and the audience, Helen Dunford was as the helm.